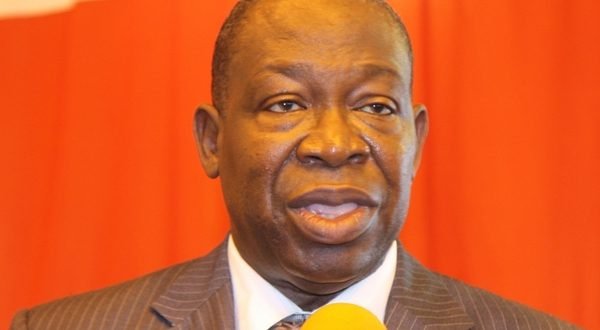 “Having regard to her earlier reference to the meeting between the Peace Council and the Petitioner, which she had obviously been briefed about, I took seriously what she said,” Rojo Mettle-Nunoo, the petitioner’s third witness has said in a witness statement to the Supreme Court dated 4 February 2021.

Robert Joseph Mettle-Nunoo, one of the witnesses testifying for Petitioner John Dramani Mahama in the ongoing election petition at the Supreme Court was explaining what made the NDC representatives at the Strongroom of the Electoral Commission (EC) leave for the Petitioner’s residence on 9 December, the day the Chairperson of the EC declared the December 7, 2020, results.

Dr Michael Kpessa-Whyte, who was the second witness for the Petitioner, during cross-examination, told the court that his colleague, Rojo Mettle-Nunoo, informed him of an instruction by the EC to deliver a message to John Dramani Mahama who is the petitioner in the case.

This allegation by Dr Kpessah-Whyte has since been questioned, as many believe Mettle-Nunoo, who personally interacted with the EC boss should have testified to it at the Supreme Court.

A Supreme Court judge even told Kpessa-White that he had let his candidate down by leaving the ‘Strongroom’.

This led to hot exchanges between the judge and Tsatsu Tsikata, lead counsel for the petitioner, who told the judge bluntly that he was harassing the witness with his “opinion” when the witness had stated the facts as he knew it, and that the behaviour of the judge was “wrong”.

But Mettle-Nunoo has corroborated Kpessa-White’s account by saying that he made it known to everyone in the “Strongroom” at the EC headquarters that “we had been sent to convey a message to the NDC presidential candidate” and that they “had absolutely no other reason to leave”.

In his witness statement to the court, Mettle-Nunoo explained in paragraph 23 thus: “Mrs Jean Mensa informed me that there had been a meeting held earlier in the day between the Petitioner and the Peace Council, something I was unaware of at the time. After I further drew her attention to some of the issues that were coming up in the interactions in the Strongroom, she said very directly that we should go and speak with the Petitioner.”

He continued: “Having regard to her earlier reference to the meeting between the Peace Council and the Petitioner, which she had obviously been briefed about, I took seriously what she said. I did not think that we, who were acting as agents of the Petitioner, should be seen as taking positions which may be contrary to what the Petitioner himself had conveyed in a meeting that I was unaware of with a body such as the Peace Council which, I know, has an important role in resolving disputes in connection with elections and calming tensions in the country. She indicated her willingness to meet with the Petitioner.”

He indicated that he was struck by the fact that she proposed that she would send a dispatch rider to help them, that is, Mettle-Nunoo and Dr Kpessa-Whyte, get back to the EC headquarters on time for the declaration of the results on December 9, 2020.

“There was nothing in the discussions which could have given me any reason for doubting the word of the Chairperson of the EC. Indeed, having worked with her previously when I was a consultant to the IEA [Institute of Economic Affairs], I had no reason not to trust her. I took her at her word and I must say I was really shocked to realise how she had proceeded to make a declaration of result at a time when she knew that my colleague and I had left the premises at her instance. I can still remember her saying that she would even send a dispatch rider to hasten our return to the EC headquarters after our consultation with the Petitioner,” Rojo Mettle-Nunoo stated further.

“We left our belongings, including computers and bags in the strongroom at the time we left,” he further averred. “My colleague left his vehicle at the premises of the EC.”

It is not clear whether Mettle-Nunoo will testify in open court because some concerns were raised about the health condition of a possible witness prior to his witness statement being filed.

Find below the full witness statement of Rojo Mettle-Nunoo: