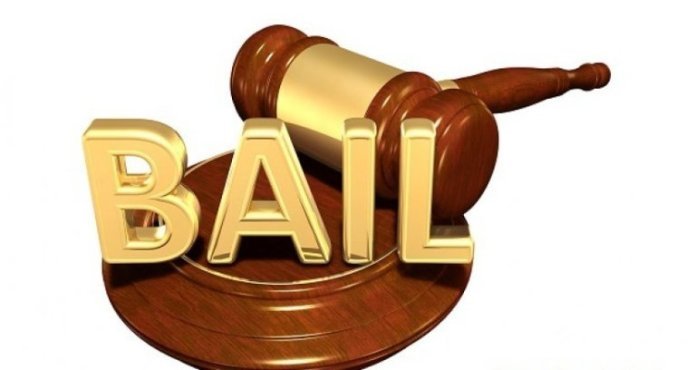 Two National Security Operatives at the Jubilee House and seven other accomplices including an ex-soldier who were reported to have robbed a gold firm in the Western Region can now heave a sigh of temporal relief after they have been granted bail.

According to Mynewsgh.com reporter in the Western Region, the suspect’s bail by the Tarkwa High Court presided over by Justice Ekow Mensah in the sum of GHC 20,000 each with four sureties two of which must be justified

Background: Nine (9) suspected armed robbers, including two operatives of National Security who work directly at the Presidency in the Jubilee House Operations, were arrested by the Asankragwa Divisional Police for allegedly robbing a mining site near Atalla in the Western Region of Ghana.

According to the police, the nine men were arrested on board an unregistered black Toyota Land Cruiser Prado on the Asankragwa- Wasa Dunkwa road while the police were on snap check duties.

Detective Inspector Amponsah Pewode, when reached by mynewsgh, confirmed the arrest of the suspects but disclosed that they were in their custody awaiting further investigation and appearance before the court.

The National Security operatives at the Jubilee House who were allegedly involved in the robbery were identified as Anas Adams, 35 years and George Osei, also 35 years. The rest of the suspected armed robbers include:

Items retrieved from them include a vehicle number plate with registration number AS 6646-20, gold concentrate in five gallons, 15 mobile phones, various foreign currencies, and four bags in which there were two military uniforms.

At the mining site, in order to affect the robbery, which happened at about 4:00 am on the 25th of April 2020, Samuel Obeng allegedly wore one of the uniforms bearing the rank of Sergeant while Agyeman Jackson wore one other with the rank of a Private.

The robbers subjected the workers to severe beatings, handcuffed and tied them with ropes and abandoned them to their fate and rob them of their gold concentrate.

Check This Out:  Your names will be written in the dishonourable pages of Ghana’s history – Manasseh to Jean Mensa, Bossman Asare, others

“The supposed soldiers after the robbery folded the military uniforms into their respective bags and fled in their vehicle. The workers managed to free themselves and ran away. The Police visited the scene and managed to retrieve the damaged handcuffs and the workers informed police that the suspects came there to rob them of their gold concentrate. The suspects are in custody whilst the vehicle and all other items retained,” a police report about the incident read in part.