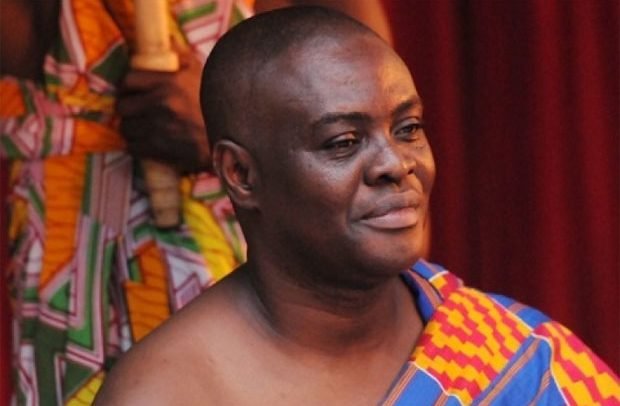 Members of the National House of Chiefs have fumed over an attack on them by the ruling NPP General Secretary, John Boadu, who described them as a bunch of lawless people for speaking publicly against the Electoral Commission’s posture towards widespread dissenting views against the proposed new voters register.

The Omanhene of the Dormaa Traditional Area, Osagyefo Oseadeeyo Agyeman Badu II, who is among several traditional leaders including the King of Dagbon, Yaa-Naa Abukari Mahama II, who have publicly kicked against the decision of the EC to exclude the current voter ID card as required documents for the proposed compilation of a new voter register, described John Badu’s comment as a slap on their faces, an insult to the entire institution and should immediately apologize.

John Boadu who was commenting on public reaction to the general feeling among members of the National House of Chiefs against EC’s snub and unilateral decisions, described the chiefs’ caution to EC against wrong moves that can plunge the country into violence as threats and sheer act of lawlessnes.

“I think its lawlessness on the part of institutions like that to ask EC to stop [compiling a new voters’register]. I don’t think that posture is helpful”…he emphasized.

But the Omanhene of the Dormaa Traditional Area, who is also a High Court Judge, described John Boadu’s comment as unfortunate.

“John Boadu must be very careful because he is a key member of the governing NPP. What does he mean by lawlessness? There is no one who sees danger clearly ahead who will advise without careful deliberation”….he explained.

”I came to meet former President Jerry Rawlings. Where is he today? I met John Agyekum Kufuor, he is also resting as former President. My own law lecturer, the late Professor John Evans Atta Mills. John Dramani Mahama hasn’t he left after losing the 2016 elections? Wont Nana Akufo Addo also go one day? But the Dormaa stool is always going to be around,” the angry chief told Inside Politics host Mugabe Maase on Power 97.9 FM Friday.

The learned Paramount Chief of the Dormaa Traditional Area said what he told the media was a harmless advice and he does not understand why any right thinking person will suggest that an advice by custodians of the various traditional stool is evil.

“Where is the lawlessness?” Nana Agyemang Badu II asked. ” What I said is simple. Who doesn’t know EC snubbed an invite by the National House of Chiefs? Has EC ever honoured any invitation. Even the President of Ghana today, does he belong to a family? My own friend, the Okyehene, if you visit him, wont you pay homage to the stool? Is the Okyehene not a member of the National House of Chiefs? So if these prominent people are snubbed by the EC, do you know what it means?” The Omanhene fumed.

He further observed that traditional leaders are equal stakeholders in building Ghana’s democracy and can speak to election related matters.

“So if anyone disrespects the National House of Chiefs on this matter and someone will describe their reaction as lawlessness then its sad. Let me educate John Boadu on this. He should go back to the 1992 Constitution and refer to Chieftaincy Act and he will appreciate our roles as traditional councils as guaranteed,t” Omanhene explained.

Osagyefo Oseadeeyo Agyeman Badu II had strongly kicked against the C.I 126 insisting that it is not a passport that determines or confirms the nationality of a Ghanaian.

“As Chiefs we shall always speak the truth. If you are a Ghanaian, you don’t need a passport, nor NHIA card that is needed to confirm that. EC Chair Jean Mensah must acknowledge that its wrong and very risky to compile a new register with COVID-19 cases rising,” said the Chief.

The High Court judge emphasized, “Jean Mensah is walking a slippery rope and she may soon get to a climax where no one will be able to rescue her. Let them call us lawless. Dormaa traditional area is more of the biggest in terms of land space and I know my people are loyal to their Chiefs, So are other traditional areas.Jean Mensa must realize that if she is being pushed by someone, very soon she may have to stand alone,”he concluded.

His assertions come after the President of the National House of Chiefs, Togbui Afede XIV, and his Vice, Daasebre Kwabena Ewusi VII, in a joint statement earlier this month called on the EC to open up for broader consultations regarding the new voters’register and warned against disenfranchising eligible voters that can plunge the nation into chaos.