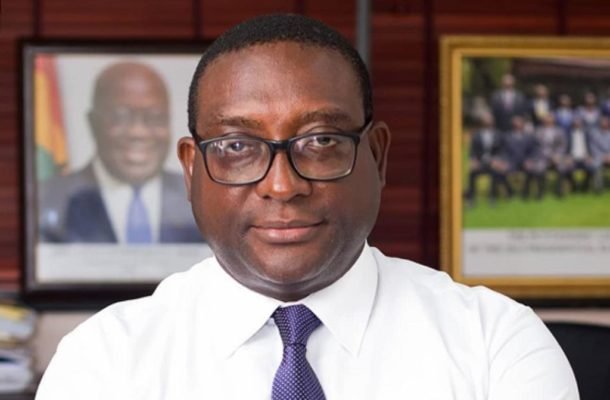 Communications Director of the governing New Patriotic Party (NPP), Yaw Buaben Asamoa, has fiercely been criticized by a section of his party folks after they accused him of losing a debate against NDC’s Sammy Gyamfi on Adom TV yesterday.

The two lawyers had been invited by the Accra based TV station to discuss issues pertaining to the compilation of a new voters’ register in Ghana ahead of the December 7 polls.

Reacting to his performance, however, Asare Darko, a former Social Media Manager at the Jubilee House, suggested that the Adentan MP could send his own party to the opposition if he continues to be losing debates in subsequent radio and TV discussions.

Check This Out: Don’t blame EC for your failure, you couldn’t collate your results in 2016 – Sammi Awuku to NDC

Asare Darko, who could not fathom why Buaben Asamoah will allow Sammy Gyamfi to floor him in a TV discussion, described him as “most useless Communications Director” in the history of the ruling party.

“…He is the most useless Communication Director in our party. He is going to lead us into opposition. How can you let this small boy Sammy Gyamfi to floor you on national TV”, said Asare Darko on Facebook.

Check This Out; Don’t blame EC for your failure, you couldn’t collate your results in 2016 – Sammi Awuku to NDC