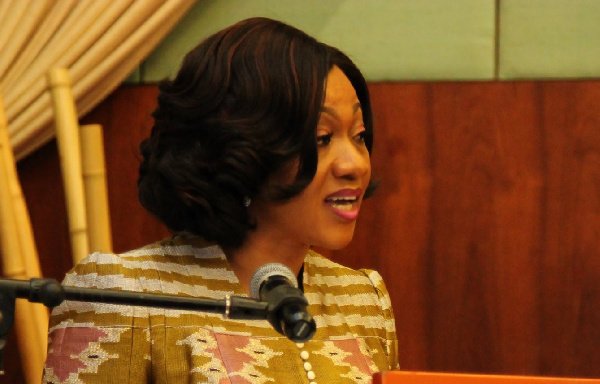 THE Electoral Commission (EC) says it cannot implement the Representation of the People Amendment Act (ROPAA), 2006 (Act 699) for this year’s general election.

Following the passage of the law, Ghanaians in the Diaspora had eagerly been waiting to, for the first time, vote in a general election in their places of residence, but for now, all their hopes have been dashed.

According to the EC, Parliament was yet to act on the Constitutional Instrument (CI) that will spell out the modalities and guidelines to implement ROPAA which the EC submitted in June this year.

The Deputy Commissioner of the EC in charge of Corporate Services, Dr Bossman Eric Asare, explained to the Daily Graphic in an interview yesterday that the CI would provide the framework and modalities on how Ghanaians abroad could register as voters and also vote.

He said the EC had done its part by submitting the CI to Parliament and that the onus was on the legislative body to act.

However, sources at the EC have told the Daily Graphic that considering the challenges brought about by the coronavirus disease (COVID-19) pandemic, it was not feasible to implement ROPAA for the 2020 general election.

Article 42 of the 1992 Constitution states: “Every citizen of Ghana of 18 years of age or above and of sound mind has the right to vote and be registered as a voter for the purposes of public elections and referenda.”

However, the Representation of the People Law, 1992 (PNDCL 284), the law that operationalised the constitutional provision as stipulated in Article 42, did not allow Ghanaians living abroad to register and also vote from their locations, even though Article 42 does not state that only Ghanaians in Ghana could enjoy that right.

However, its implementation was not carried through by the EC.

In 2017, five Ghanaians domiciled in the United States of America (USA) dragged the EC to court with a case that the electoral management body had “gone to sleep” and refused to implement Act 699, 11 years after it was passed.

Dr Kofi A. Boateng, Ms Nellie Kemevor, Mr Obed Danquah, Mr Christiana Sillim and Mr Agyenim Boateng, therefore, urged the Human Rights Division of the Accra High Court to order the EC to implement ROPAA, as the refusal of the EC to implement it was a violation of their constitutional rights to vote, as stipulated under Article 42 of the 1992 Constitution.

On December 17, 2017, the court, presided over by Justice Anthony Yeboah, upheld the case of the five Ghanaians and gave the EC a one-year ultimatum to operationalise ROPAA.

Failure by the EC to implement ROPAA, the court held, was a violation of the fundamental human rights of Ghanaians in the Diaspora, whose right to vote had been guaranteed by the 1992 Constitution, which was made effective by ROPAA.

It was the view of the court that the EC was deliberately dragging its feet and had made its mind not to implement Act 699 any time soon.

Two years after the landmark judgement, the five Ghanaians went back to court, this time around seeking to have the commissioners of the EC committed for contempt on the basis that the EC had still refused to implement ROPAA even after being ordered by the court.

According to the five applicants, the only way to ensure that the EC complied with the court’s orders was for the commissioners to be “committed to prison for contempt”.

The Chairperson of the EC, Mrs Jean Mensa, however, refuted claims by the five applicants that she and the EC had acted contemptuously.

In her affidavit in opposition, she contended that she was not the Chairperson of the EC at the time the court gave the order in December 2017, and that since her appointment, she had taken steps to implement the orders of the court.

The EC also filed an application for extension of time to enable it to implement ROPAA.

In May last year, the court, presided over by Justice Nicholas Abodakpi, granted the application and gave the EC one more year to implement ROPAA.

The court held that despite evidence showing that the EC had failed in the past to prioritise the implementation of the law, there appeared to be renewed commitment on the part of the new commissioners.

After the ruling by the court, the EC embarked on a series of engagements with stakeholders on how to effectively implement ROPAA.

As part of the engagements, a delegation, led by Dr Asare, travelled to the USA and other countries to interact with Ghanaians in the Diaspora on how best to implement ROPAA,

It was after those engagements that the EC submitted the CI on ROPAA to Parliament.

“It’s not only arithmetic and mathematics that NPP people don’t understand, but also law” – Prof. Gyampo

NDC To Expand Water, Electricity for All – Asiedu Nketia