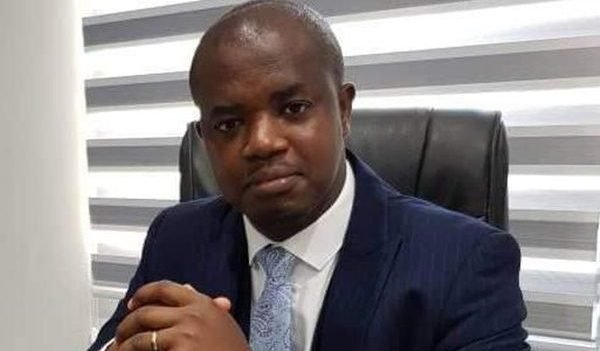 A member of the Communication Team for the Petitioner in the ongoing Presidential Election Petition, Lawyer Godwin Edudzi Tamakloe, has described the opinion of one of the Supreme Court judges presiding over the case, Justice Yaw Apau, as “prejudicial”.

According to him, Justice Yaw Apau’s comment that the 2nd witness of the petitioner, Dr Michael Kpessa Whyte “failed the petitioner”, former President John Dramani Mahama means he has passed judgement on the matter even before proceedings conclusively ends.

During Tuesday’s hearing, Mr Tsatsu Tsikata, Counsel for the Petitioner, openly accused the court of harassing Dr Michael Kpessa Whyte, the second witness of the Petitioner.

This was after Justice Yaw Apau, a member of the panel, had sought to find out from the witness if by leaving the Strong Room of the Electoral Commission he helped the course of the Petitioner.

“You did not help the course of the Petitioner by leaving the strong room of the EC,” he said.

Mr Tsikata, however, vehemently opposed the question, saying: “The Supreme Court is harassing the witness.”

Entitled To Your Opinion

Counsel for the Petitioner held that inasmuch as Justice Apau had the legal leeway to seek further clarification from the witness, personal opinions cannot be part.

Justice Apau, however, pointed out that he only wanted to understand the issues better hence the questioning, and sought to find out from Mr Tsikata in what way his questioning was harassment of the witness.

In furtherance of the same issue more of the judges asked the witness why both agents of the Petitioner should leave the EC’s strong room.

They further wanted to ascertain whether Dr Kpessa Whyte had any training before taking up the responsibility as the Petitioner’s agent in the EC strong room, and whether they, as agents, were to take instructions from the EC Boss.

Commenting on Okay FM’s Ade Akye Abia Morning Show, lawyer Edudzi Tamakloe said that the Evidence Act, section 58 permits Justice Yaw Apau to make inquiries and also seek clarification by way of questions, but not permitted in the course of proceeding to express his opinion that will be prejudicial to the case of the person who is in the witness box.

“You have already come to the conclusion that the witness ought not to have left the strong room of the Electoral Commission (EC). Some of these things, if you don’t exercise restraint, you will say what you are not supposed to say. This is why Mr Tsikata said that ‘you are now harassing the witness with your opinion”, he argued.

Whiles calling for circumspection from the panel by keeping their opinions to themselves during court proceedings, Edudzi Tamakloe believed that such a comment from a seasoned judge like Justice Yaw Apau could have compelled any lawyer to end the case.

“What is the essence of continuing the matter? It was that piece of a question he asked that the NPP is going about making noise with. The comment of the judge has now poisoned the case of the petitioner even before judgment”, he claimed.