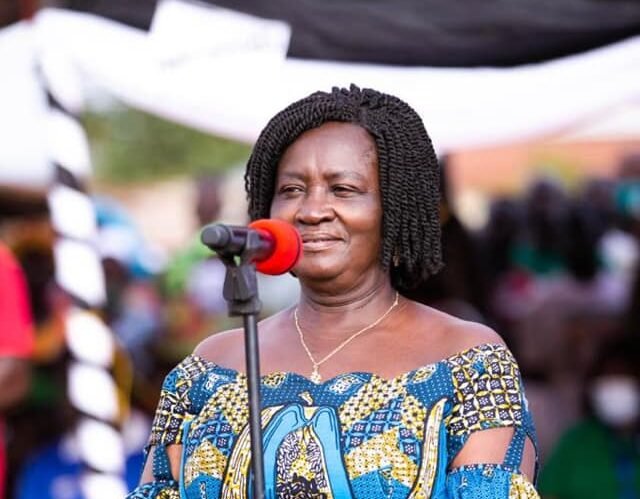 The National Democratic Congress (NDC) in the Evalue Ajomoro Gwira Constituency has asked the general public to disregard a video asserting that the party’s vice presidential nominee, Professor Jane Naana Opoku-Agyemang, was not welcomed by the people of the constituency.

According to the Evalue Ajomoro Gwira Constituency of the NDC, the 15-second video cannot be a true reflection of a 4-hour programme that took place during the visit of Prof Opoku-Agyemang to the constituency.

Check This Out:  JUST IN: 5 Universities not accredited by Ghana’s Accreditation Board

In a statement issued and signed by its Constituency Communication Officer King Philip Anikloe, the Evalue Ajomoro Gwira Constituency NDC said the claim “by the ruling government propagandists” that Prof. Opoku-Agyemang “was not warmly welcomed in Axim, is a blatant lie and must be rubbished by all well-minded Ghanaians.”

The statement continued: “In my native Ewe language, there is a saying that a brainy liar usually tells lies among his spouse and his children, so that when he is queried/challenged by the wife, he will defend himself by justifying that at that time, he had not married her and when the children want to probe him, he will tell them they were also not born at the time”.

“This means that the NPP propagandists are not brainy in telling lies, hence, they are exposed by the videos in circulation at both TV stations and other media houses.

Check This Out:  Register by February 2021 – NaSIA to pre-tertiary education institutions

“How can a 15-second video cover the entire four-hour programme?”

The Evalue Ajomoro Gwira Constituency NDC continued: “Our Vice Presidential Candidate was given a rousing welcome by the good people of Axim” and empahasised that the 15-second video displayed by Accra-based Angel TV “cannot be the true reflection of the four-hour programme that took place in Axim.”

The statement added: “I am tempted to state that the individual or the group of persons who only showed the 15-second video to the general public at the expense of the four-hour programme are suffering from hallucination.”

Check This Out: Sex For Grades: My wife saw it as a divine intervention to draw me closer to God – Prof. Gyampo

The statement, therefore, entreated the “general public to disregard the 15-second video displayed by the NPP propagandists.”

It added: “They should bear in mind that the hearts of the people of Evalue Ajomoro Gwira Constituency to vote for His Excellency John Dramani Mahama and Kofi Arko Nokoe come 7th December 2020 cannot be bargained with this incompetent NPP government.”