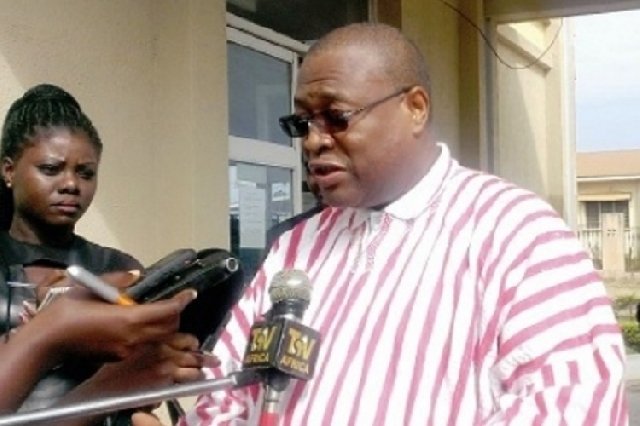 Former Health Minister Alex Segbefia has said a recent Interpol Red Alert on Mr Samuel Adam Mahama (Samuel Adam Fosters) in relation to the Airbus bribery scandal, is a calculated plot by the Akufo-Addo government to embarrass the suspect’s brother, former President John Mahama, who is the flag bearer of the biggest opposition party, the National Democratic Congress (NDC) ahead of the 7 December 2020 polls.

“This so-called arrest warrant is a red herring”, Mr Segbefia said in a statement, adding: “It is an extension of their game plan to embarrass President John Mahama because of the impending elections”.

Interpol said Mr Mahama is liable to a term of imprisonment not exceeding 25 years for the offence.

The arrest warrant, which was issued on 10 July 2020, said once Mr Adam Mahama is traced, “assurances are given that extradition will be sought upon the arrest of the person, in conformity with national laws and/or the applicable bilateral and multilateral treaties.”

On January 31, Ghana was cited as one of five countries in which global aerospace group, Airbus SE, allegedly bribed or promised payments to senior officials in exchange for business favours between 2009 and 2015, according to the UK’s Serious Fraud Office.

This led to a record £3 billion in settlement by Airbus with France, the United Kingdom and the United States to avoid corporate criminal charges.

Mr Segbefia, however, said: “A Red Notice is usually issued against a criminal fugitive on the run who seeks actively to evade justice”.

“It is a notice published by Interpol to law enforcement agents across the world requesting them to locate and provisionally arrest a person pending his extradition”.

“When it is published, it is not Interpol seeking the location and arrest of the person, but rather the country that requests the publication”, he noted, adding: “Procedurally, Interpol would publish a Red Notice at the request of a member country provided the request meets the constitutional requirements of Interpol”.

“A Red Notice is, however, a voluntary system”, he asserted, pointing out that: “A state is, therefore, not obliged to make an arrest based on its publication, and can decide to ignore it”.

“This is because it is not an arrest warrant, and countries can themselves determine what weight to give such notice”.

Check This Out: (Photos) : About 400 residents stranded after Gov’t demolished structures at Ayigbe Town

“What is unusual about this particular Red Notice”, he observed, “is that the Ghana government knows where Samuel Mahama lives in the UK up to his exact residential address”.

“One needs to bear in mind that all the hullabaloo about Airbus emanated from the UK courts, who have dealt with it and settled it. And yet, even though he and the other persons named in the Red Notice are British nationals, the UK government has not thought it fit to prefer any charges against them”, mentioned.

The ex-president’s brother, Mr Segbefia insisted, “is not considered a flight risk, so, no restrictions have been imposed on him and he has not been asked to hand over his passport”.

“Why would the UK government, based on the same facts as are narrated in the Red Notice, arrest him for Ghana government?” he wondered.

“Besides, Ghana has an extradition treaty with the UK. It also has a Mutual Legal Assistance Agreement with the UK”, so, “Why publish Red Notice when the Ghana Government can formally ask for his extradition through regular channels?”

Mr Segbefia said the Special Prosecutor “must be aware that it is forlorn hope that the UK government would extradite the three named persons”.

“It is interesting”, he noted, “how recently, the scurrilous story found its way onto the front pages of the controversial Sun newspaper in the UK”.

“Individuals behind that publication are suspected to be closely tied to the family of Akufo-Addo”, he alleged.