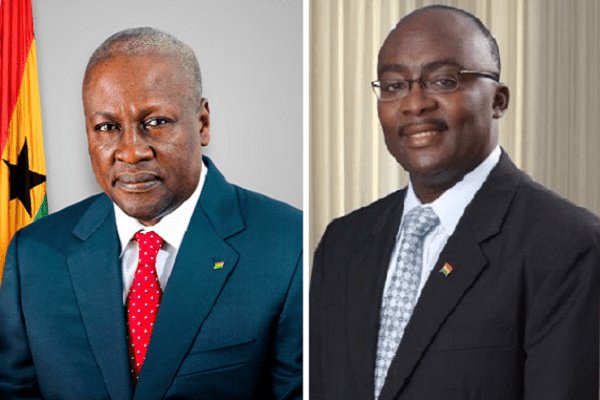 According to him, former President John Mahama has no credibility hence his credentials cannot be compared to the outstanding Vice President, Dr. Bawumia.

Kwadwo Boateng Agyemang is convinced that when pushed to a debate of facts and achievements, the NDC would have no leg to stand on and would resort to their usual refuge of obfuscation and goal-shifting.

“How can you compare John Mahama to Dr. Bawumia in terms of credibility? Is a complete mismatch, the Vice President is more credible than Mahama, looking at the track record of Mahama he can never be trusted because he has lost credibility big time,’’ Kwadwo Boateng Agyemang told Kwaku Dawuro on ‘Pae Mu Ka’ on Accra-based Kingdom FM 107.7

‘’ The Vice President has proven to Ghanaians he is very capable hence his credibility and competence can never be in doubt.’’

He noted that Dr. Bawumia is the perfect answer to the economic and social hardships that the administration of the National Democratic Congress (NDC) had brought upon Ghanaians.

He argues that the NDC led by President Mahama has lost credibility and it would only take an administration like the Akufo-Addo led government to manage and transform the Ghanaian economy.