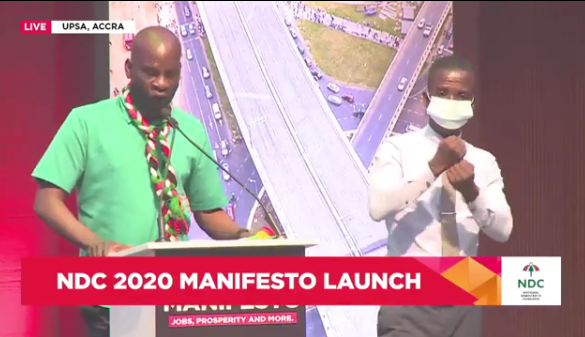 Minority Leader Haruna Iddrisu has assured the flagbearer of the National Democratic Congress (NDC), John Dramani Mahama, that, currently, the Minority Caucus has a strong and formidable front in the legislature.

He said with team spirit and determination, they will be able to secure majority seats in Parliament after this year’s parliamentary elections.

Speaking during the launch of the NDC’s manifesto for the 2020 elections on Monday, September 7, the Tamale South Member of Parliament said: “Today is a very solemn occasion for us but to assure His Excellency President John Mahama and the leadership of the party led by the National Chairman and General Secretary, that your parliamentary caucus remains strong and with the spirit of arising and act, you can be optimistic of a parliamentary majority come January 7, 2021.”

He said the manifesto was drafted to meet the needs and aspirations of Ghanaians in general hence his conviction that it will live up to expectation.

Speaking during the launch of the document on Monday, September 7 in Accra, he said: “For the first time in the history of any political party in this country, we are presenting to you a manifesto that was not developed by leaders of the party who have arrogated to themselves the power of thinking for other people.

“We are presenting to you a product of the people’s own thinking which we have put together polished and developed into implementable programmes.

“I am very confident that the age-long problem of underdevelopment for this country is going to be solved once and for all by the People’s Manifesto.