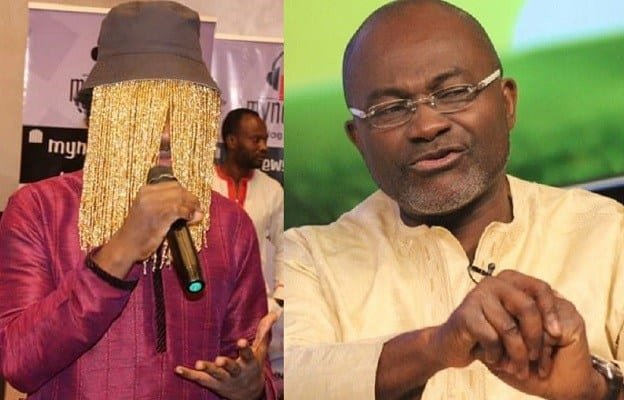 Assin Central Member of Parliament(MP), Kennedy Ohene Agyapong has bragged that he has single-handedly reduced ace investigative journalist Anas Aremeyaw Anas to a nobody in Ghana. Speaking in an interview observed by Mynewsgh Kennedy Agyapong said those who accuse him of not finishing whatever he starts should go an ask Anas.

“I have finished that boy. Today, who is Anas? I have exposed him. So if Obinim’s social media people say I don’t finish whatever I start, they don’t know. I will go all out with them. The way I finished Anas. Today, everyone knows he is a bad character”, he claimed.

It will be recalled how Mr. Agyapong alleged that the hard-earned reputation and credibility of the ace investigative journalist, Anas Aremyaw Anas is fake.  The lawmaker has over the past few months since the release of Anas’ Number 12 – a documentary which revealed corruption in the Ghana Football Association, spearheaded by the then president of the association, Kwesi Nyantakyi – accused the journalist of perpetuating corruption in his bid to entrap innocent public officials.

“This is not the end of it all. In the coming days, I’ll also show Anas in different recordings deceiving people to take money as gifts and he later capturing them to put out there. What kind of cruelty is that?” Mr Agyapong is quoted to have said in an interview after he released the first part of his documentary ‘Who watches the watchman’.

While on Adom TV last year, the legislator challenged Anas to provide concrete evidence on his source of wealth, alleging that the investigative journalist has acquired estates and lands together with other vast assets by extorting monies from people.

He also added that Anas employed the services of land guards to terrorize people and plunder two lands at Trade Fair in Accra.