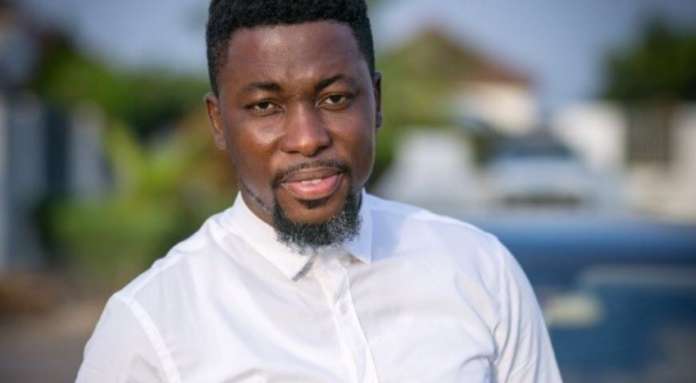 Musician-turned-politician, Kwame Asare Obeng popularly known as Kwame A Plus has advised Ghanaians not to vote for the opposition National Democratic Congress (NDC) since it has refused to learn lessons from a rather embarrassing defeat in the 2016 polls.

According to A Plus, the NDC, in the buildup to the 2016 elections, sought to make political capital out of then-candidate Akufo-Addo’s kalyppo drinking saga which backfired, only for it to repeat same gaffes through its National Communication Officer, Sammy Gyamfi months to the 2020 general elections.

The comment by A Plus comes on the backdrop of a cartoon shared by the NDC’s National Communications Officer, Sammy Gyamfi equating the murder of African American, George Floyd to the Electoral Commission’s decision to compile a new register ahead of the December polls.

Check This Out:  Your credibility will continue to suffer so long as NPP serves as your mouthpiece – Prof Gyampo to EC

In the cartoon which was first posted on Twitter and shared on several other platforms, Sammy Gyamfi sought to portray what he described as an evil attempt by the EC to disenfranchise millions of eligible voters through the compilation of a voter register just like the “painful xenophobic murder of George Floyd.”

Many Ghanaians demanded the said cartoon be pulled down but the NDC communications officer appears adamant to do so and has rather surprisingly justified it.

Check This Out: V/R: Jujuman arrested after lady who took his Cocoyam Leaves gets Complicated Face

Reacting to the issue, A Plus said the NDC should consider outsourcing its communication machinery to bloggers instead of the likes of Sammy Gyamfi.

“The NDC must outsource their communications to an advertising company or bloggers like GhKwaku, Nkonkonsa, and ZionFelix. I’m sure they will do better. In 2016 they scored an own goal when they attempted to mock Nana with Kalyppo.”

“Not long ago they told us to vote for them to come back to power because they have ‘learnt their lesson.’ Don’t mind them. It is not true. They have not learnt whuuutey!!!” he wrote on Facebook.

In a follow-up post, A Plus accused the NDC communication team of being weak and on the brink of collapse and warned them not to dare him.

“NDC people behave like they are very tolerant until you punch them small. See, your whole communications team can’t fight me. Forget it. Don’t let me start with you. Your communication is weak already. Don’t let me finish it for you.”

“You are always on my page enjoying my attacks on NPP. Today I give you small norrr, you bore ah!!!” he added.