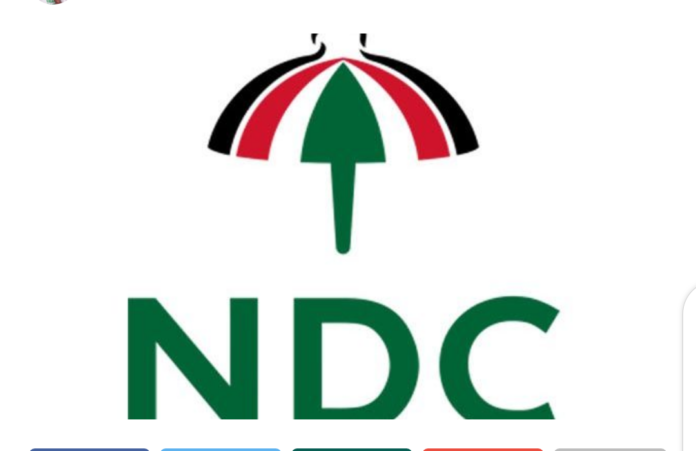 The National Democratic Congress (NDC) has launched what it calls the Corruption Tracker Series.

According to the party, the initiative is a platform that seeks to expose misappropriation and embezzlement of state funds by officials of the Akufo-Addo government.

The party also says the tracker will give Ghanaians evidence of failed promises under the Akufo-Addo government.

During the launch in Accra on Monday [June 8, 2020] the National Communication Officer of the NDC, Sammy Gyamfi who outlined some alleged scandals in the said the tracker will help Ghanaians appreciate how corruption within the Akufo-Addo government is denying them of basic needs.

“As a responsible opposition with the responsibility of keeping government on its toes, the NDC is today embarking on a corruption tracker series to track the status of the countless cases of corruption we have witnessed under the Akufo-Addo government in the last three and half years. Scandals which have occasioned huge financial losses to the state and robbed Ghanaians of the developments they were promised in the year 2016,” he said.

Sammy Gyamfi further accused President Akufo-Addo of doing little to fight corruption under his administration although he is held as one with positive anti-corruption credentials.

He said the NDC will demonstrate “how President Akufo-Addo at all times, has failed to protect the public purse. While at it, we shall also prove to the Ghanaian people that contrary to his self-acclaimed anti-corruption credentials, President Akufo-Addo is indeed the leader and chief patron of this notoriously corrupt administration.”

While alleging that the Nana Akufo-Addo has run down a once buoyant Bulk Oil and Storage Transport (BOST) leaving it with no strategic stocks of its own and is virtually borrowing to pay its workers, he said the NDC government had bequeathed 200,000 metrics tonnes of refined products valued at about GHS1 billion and 2 million barrels of crude (1 million barrels from the TEN fields and 1 million barrels of Qua-Iboe crude from Nigeria) valued at over US$100 million.

Sammy Gyamfi further warned that the next NDC government will investigate and prosecute all involved in the woes of BOST.

“The next NDC-Mahama government in 2021, shall investigate and prosecute all culprits who are involved in this stinking “BOSTGATE” corruption scandal,” he concluded.