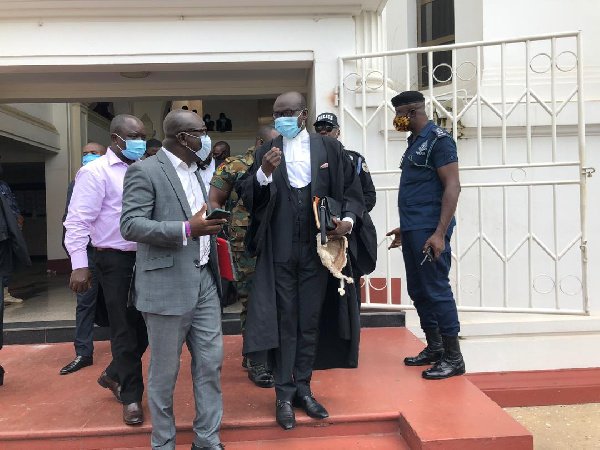 The Attorney General’s (AG’s) Department has offered its position on why the old voter ID cards should not be accepted as one of the legal documents for proof of citizenship for the upcoming voter registration exercise.

The Deputy AG, Godfred Yeboah Dame, in his filed legal argument, cited a number of decisions of the Supreme Court itself, saying the state’s interest to set up an electoral system, which can effectively guarantee the due exercise of the right to vote by persons constitutionally entitled to so do, devoid of abuses and corruption by unscrupulous elements, is fundamental and is a necessary factor for the protection of the right to vote.

He said a sound and secure registration process in which only qualified Ghanaians take part is a requirement for the right to vote and not a limitation of the right.

“Therefore, in principle, the plaintiff’s contention that the specification of some instruments of verification of the Ghanaian identity of a potential applicant for registration, will inhibit the exercise of the right to vote, is seriously flawed and baseless,” Mr Dame argued.

The Deputy AG further urged the court to ignore the allegation by the NDC that about 18 million people are supposed to be on the register of voters, saying that allegation is one of the many unsubstantiated allegations of fact in respect of which the NDC bore the burden of proof but which it had neglected to discharge in its suit action.

The NDC in its suit filed in late March this year, wants the Supreme Court to declare that the EC, per the 1992 Constitution, can only compile a voters’ register once and subsequently review it over time and not compile a new one instead.

The NDC is also challenging the decision of the EC to exclude the existing voter ID cards as a document for verification of citizenship.

Check This Out:   Fraudulent Election Comment: The Last Thing Mahama Can Do Is To Go To Court- GCPP Chairman

The AG which is the first respondent in the case opposed the NDC application stating that the NDC’s position is “patently absurd, far-fetched, outrageous and grossly erroneous.”

The AG insisted that a number of reliefs claimed by the NDC “are not cognizable,” adding that the NDC “has no cause of action as there is no enactment properly so-called in respect of which the action has been instituted.”

The EC, in its initial response, stated that the position of the NDC that the commission can only compile the register of voters once at the inception of the Constitution and not on multiple occasions is an interpretation by the party to serve its ‘parochial interest’ and not a proper appreciation of the 1992 Constitution as a whole.

It said the understanding of the party and interpretation of Article 45(a) is absurd, strained and far-fetched.

The EC, pursuant to the Supreme Court order, then filed new reasons why it intends to exclude the existing voter ID cards from the upcoming exercise.

Check This Out: JUST IN: JHS 3 Teachers to be excluded from Temporary EC New Voter Registration job

The AG, in its legal arguments filed, urged the court to exclude the existing voter ID card as a document of proof of citizenship because it is not reliable.

“In the discharge of its duties under Article 45(a) to compile and revise the register of voters at such periods as may be determined by law, the Constitution does not specify which document(s) should be used by the Electoral Commission. Same is left to the discretion of the EC. In so far as a matter lies within the 2nd defendant’s discretion, the only basis on which the court may declare a choice made by it is where that choice infringes the Constitution.”

“The final reason advanced by the AG in support of its contention that the voters’ register is over-bloated and, therefore, requires a fresh compilation is that exhibit NDC submitted to the court which highlights the challenges and difficulties with the old biometric system, summarizes the features of the new technologically advanced system to be procured by the EC and conducts a head to head analysis of the two systems,” Mr Dame added.