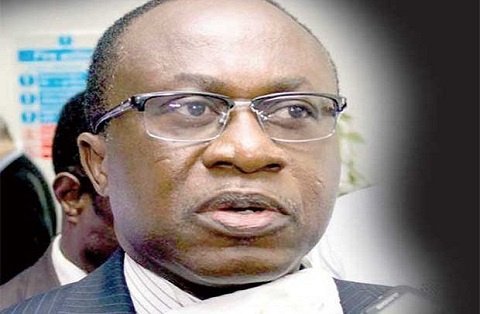 An Accra High Court has ordered the Attorney General to seize assets of a former board chair of the National Communications Authority (NCA), Eugene Baffoe-Bonnie and two others who have, on Tuesday May 12, been sentenced to sixteen years imprisonment.

The assets convicts amount to the tune of three million dollars.

The Court presided over by Justice Eric Kyei Baffour, convicted three of the five accused persons who have been on trial in the case of “The Republic versus Eugene Baffoe-Bonnie and four others”.

The case has been in court since December 2017.

The trial of the five accused persons, Eugene Baffoe-Bonnie, the former Board Chair of the National Communication Authority (NCA); William Tetteh Tevie, former Director-General of the NCA; Nana Owusu Ensaw, a former board member; Alhaji Salifu Mimina Osman, a former Deputy National Security Coordinator, and a businessman, George Derek Oppong, begun on the 16th of January 2018 when the state called its first prosecution witness, the Director of Legal Administration at the National Communications Authority (NCA), Abena Awarkoa Asafo Adjei, and ended on the 10th of March 2020 after the state, led by the Director of Public Prosecution, (DPP) Yvonne Atakora Obuabisa, concluded her cross-examination of the 5th accused person in the case, George Derek Oppong.

All the accused persons when they took turns to open their defence testified on their own and none called any defence witnesses in support of their cases.

Justice Eric Kyei Baffour’s court in its judgement indicated that the State has established a strong case of causing financial loss to the State against the accused persons. The accused persons the Court said were in a conspiratorial drill to cause financial loss to the State. The first accused who essentially was the architect of the entire deal used his public office for private benefit to the tune of two hundred thousand dollars ($200,000.00). The Court found A1 (Eugene Baffoe-Bonnie) Guilty of Count 1,2,5,10,11, 12, and 17. A2 (Matthew Tetteh Tevie) was found Guilty of Count 1,2,10,11, and 17. A3 (Dr. Nana Owusu Ensaw) was not mentioned at all in the judgement because he had already been acquitted and discharged by the Court of Appeal on the 25rh of March 2020. A4 (Alhaji Salifu Mimina Osman) was found Guilty on Count 1,2,10,11, and 17. A5 (George Derek Oppong) was Acquitted and Discharged forthwith.

Justice Eric Kyei Baffour sentenced the accused persons as follows, A1, is sentence to six years in prison, A2 to five years and A4 to five years in Prison with had labour.

According to the facts of the case as presented by the Attorney General, Baffoe-Bonnie, Tetteh Tevie, Nana Owusu Ensaw and Alhaji Osman were allegedly aided by George Derek Oppong to engage in the criminal act. The brief facts state that the previous administration had contracted an Israeli company, NSO Group Technology Limited, to supply a listening equipment at a cost of $6 million to enable the authorities to monitor conversations of persons suspected to be engaged in terror activities. A local agent, Infraloks Development Limited, charged $2 million to facilitate the transaction, bringing the total sum to $8 million. The facts further explained that the National Security did not have the money to fund the transaction and for that reason the NCA, which had supervisory jurisdiction over the use of such equipment, was asked to fund the project.

It said $4 million was withdrawn from the NCA’s account, while $1 million out of the withdrawn amount was deposited into the account of the Israeli company. The A-G explained that the remaining $3 million was lodged in the account of Oppong, who acted as a representative of the local agents, Infraloks Development Ltd.

The State closed its case against the accused persons on the 18th of April 2019, following which the accused persons chose to exercise their rights under section 173 of Criminal and Other Offences Procedure Act (Act 30) to file ‘Submissions of No Case.