The National Democratic Congress has, with immediate effect, suspended Koku Anyidoho from the party.

This comes after two separate petitions from two registered members of the NDC. These two individuals lodged an official complaint against his conduct which is viewed to be in breach of the party’s disciplinary code for its members as contained in the NDC constitution.

In a statement signed by the General Secretary, Johnson Aseidu Nketia, he stated that the FEC considered two separate petitions in a meeting on 20th January 2021, after which a decision was taken to, with immediate effect, suspend his membership from the party.

The petitions, according to the statement, have been referred to the Party’s disciplinary committee pending the hearing and final determination of the petition against his conduct. 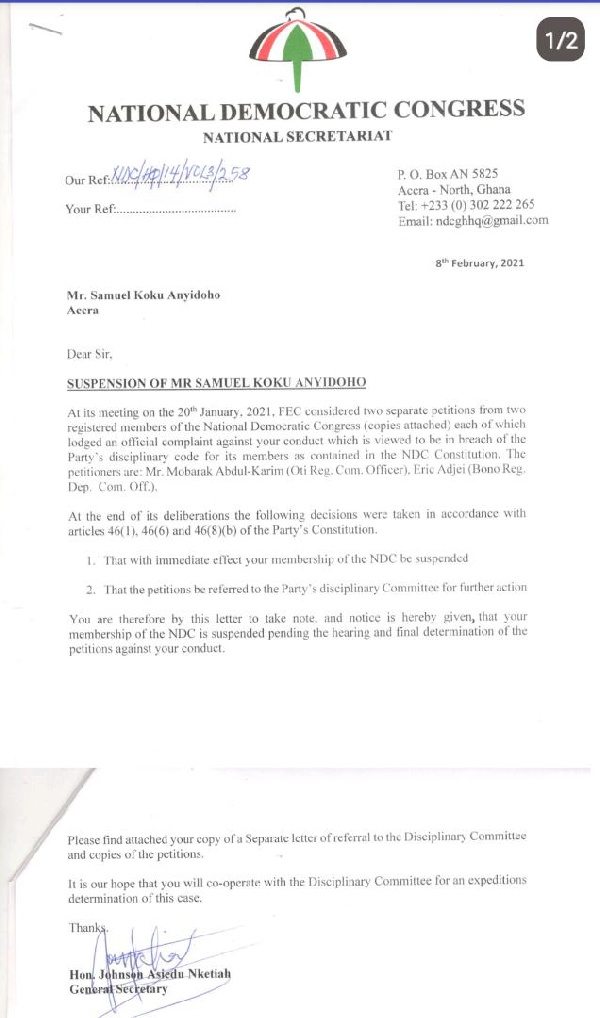