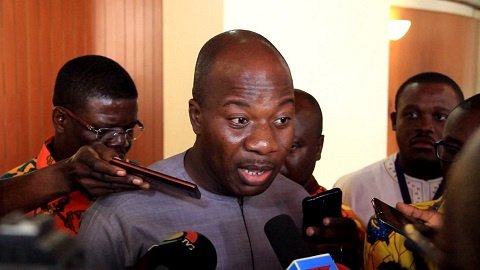 Bawku Central Member of Parliament, Mahama Ayariga, has labelled his colleagues from the New Patriotic Party as insensitive following the rejection of his motion for the fees of tertiary students to be absorbed for the 2020/2021 academic year.

Mr. Ayariga wanted President Nana Addo Dankwa Akufo-Addo to absorb tertiary fees as part of interventions from the government to mitigate the effects of the pandemic on Ghanaians.

Although the Minority in parliament sided with the motion, the Majority MPs made a case that the government had already provided enough support in the area of education in the wake of the pandemic.

After a heated debate in parliament, legislators, in a majority decision, rejected the motion.

Speaking on Campus Exclusive, Mr Ayariga said he was disappointed at the turn of events and accused New Patriotic Party parliamentarians of not being cooperative in offering support to parents.

“I’m very disappointed… the very amendment that they inserted is the reason why they are against the motion. So clearly it wasn’t about the language. It wasn’t because they didn’t understand what the motion was. It is because the NPP members of Parliament took a position that students shouldn’t be supported,” he said

Mr. Ayariga questioned the Majority’s decision to consult Vice-Chancellors on the matter rather than students who will be the immediate beneficiaries.4

According to him, the move by the Minister of Education designate, Yaw Adutwum, is a clear indication that they had become insensitive.