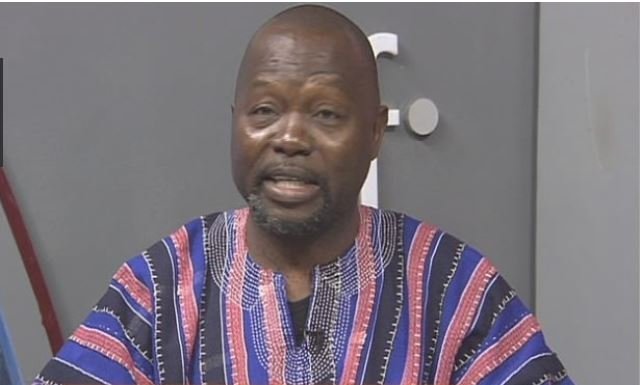 ”We never said that we won the election”, the main opposition National Democratic Congress’ Member of Parliament for Bolgatanga East, Dr Dominic Ayine has said, adding: “If we were convinced that we won this election, we would have stated that in the petition”.

The Deputy Attorney General in the erstwhile Mahama administration, who is also one of the nine legal spokespersons for the flagbearer of the NDC in the recently-held elections, Mr John Mahama, as far as the election petition is concerned, made the comment in an interview on GHOne TV on Thursday, 31 December 2020.

Check This Out: CCP Curriculum: BECE to be restructured; top changes in JHS,SHS Education in Ghana

He said the NDC, as a party, had, at all times, held the view that neither of the two leading candidates – President Nana Akufo-Addo nor former President John Mahama, got enough votes to cross the victory line in the recently-held election.

Mr Mahama filed a petition at the Supreme Court on Wednesday, 30 December 2020, to challenge the election results, which, according to him, were a “rigged” outcome.

Find below the reliefs being sought by Mr Mahama:

(b) A declaration that, based on the data contained in the declaration made by Mrs Jean Adukwei Mensa, Chairperson of [EC] and the Returning Officer for the Presidential Elections held on 7th December 2020, no candidate satisfied the requirement of Article 63(3) of the 1992 Constitution to be declared President-elect

Check This Out:  NDC MPs present evidence of Election 2020 rigging to UK,US envoys

(d) An order annulling the Declaration of President-Elect Instrument, 2020 (C.1. 130) dated 9th December 2020, issued under the hand of Mrs Jean Adukwel Mensa, Chairperson of the [EC] and the Returning Officer for the Presidential Elections held 7′ December 2020 and gazetted on 10th December 2020;

(e) An order of injunction restraining [President Akufo-Addo] from holding himself out as President-elect;

(f) An order of mandatory injunction directing the [EC] to proceed to conduct a second election with Petitioner and [Nana Akufo-Addo] as the candidates as required under Articles 63(4) and (5) of the 1992 Constitution.

In a later address after the filing of the petition, Mr Mahama explained why he decided not to concede.

Read his full reasons below:

AN ADDRESS BY HE JOHN DRAMANI MAHAMA, PRESIDENTIAL CANDIDATE

OF THE NATIONAL DEMOCRATIC CONGRESS

Good evening ladies and gentlemen, fellow Ghanaians, my Brothers and Sisters. Let me begin by wishing you all Merry Christmas and a prosperous New Year.

I am speaking to you, my countrymen and women, today because I would like to address a few of the issues that have come up since the December 7 election, particularly the issue of how best to proceed—for me, as a candidate; and, I believe, for us, as a nation.

Increasingly, many of us who are attempting to understand how the Electoral Commission arrived at the results of this last election are being advised to forgo the issue—in the interest of peace.

We are being reminded that Ghanaians are a peace-loving people and that Ghana, unlike many other nations on our dear continent of Africa, has not succumbed to war or been plagued with violence.

As a former president of the Republic of Ghana, a country that I love dearly, I am here to assure you that I know what it is to act in the interest of peace.

I have always done so without reservation or hesitation.

I know what it is to contest an election, and to have the good people of this country choose my opponent to serve as their next president. I know what it is to concede. I have done so before. In 2016 when the election was not called in my favour, I conceded. I conceded in a congratulatory call to my opponent. And then, not long after that, I conceded in a public address to the good people of Ghana.

I conceded not simply in the interest of peace and democracy, but because I respect the will of the people. I did then, and I do now.

So, when I say that I will not concede this election, please know that I have not taken this decision lightly; understand that it is not because of a desire for power, but because of a dedication to principle and a commitment to democracy.

Based on the irregular and inconsistent results that were reported, I have reason to doubt that this election was free, or fair, or transparent. And without those fundamental pillars in place, how can any of us be sure that the results announced truly represent the will of the people?

My Brothers and Sisters, I stand here today to remind you that Ghana is a peaceful nation precisely because Ghanaians have always stood on principle. We have always fought for our democracy.

Our forefathers and foremothers have always understood that without this basic foundation, whatever peace exists in our country will not be lasting; whatever liberation we have as the architects of our collective future will soon be lost.

Whenever we decide to take the easiest road, the first step is always surrender. And, often, the thing that we lose is the very thing that we value the most.

The freedom that we enjoy today was not given on a silver platter. It came at a price. It came because our forefathers and mothers stood on principle. Our history books are filled with the names of individuals who refused to take the road that was the easiest, or safest, or most convenient.

They refused to surrender their ability to appeal for justice in a land where they were meant to have a voice and use it for the betterment of themselves and their children and future generations.

All who fought for independence stood on principle to demand the sovereignty of this land that belongs to us, the people of Ghana.

Indeed, Dr. Kwame Nkrumah once said, “Those who would judge us merely by the heights we have achieved would do well to remember the depths from which we started.”

There are many of you who are listening to me this evening who have spent your entire lives knowing only democracy. You know a Ghana in which every four years the citizens go to the ballot box to exercise their right to choose leaders who they believe will best serve their interests.

Also listening tonight are many of you who remember a different Ghana. In that Ghana, most, if not all, of those political traditions and social liberties I spoke of earlier did not exist: the airwaves were not filled with radio stations; there were not numerous newspapers; people held their peace because to complain about the people in power was to risk all manner of reprisals.

In that Ghana, presidential terms were interrupted by coups, and former heads of state were executed. There was kalabule, and Operation Feed Yourself, not to mention years of hunger, bushfires, drought, and one economic recovery programme after another.

We have travelled quite far as a nation in such a short period of time.

The road has not been easy, nor has it been absent of obstacles. That is why our beloved nation, Ghana, is often referred to as a trailblazer on the African continent.

With each achievement, we have grown stronger—as a people, and as a nation.

Through these trials and tribulations, our democracy has also been strengthened.

My Brothers and Sisters, in a democracy as strong as ours, peace and justice can—and, in fact, they usually do—coexist. And that is because in a democracy such as the one we have built in Ghana; it is the people who hold the power.

Indeed, in 2012 when the election was called in my favour, my opponent challenged the results—as was his right; and he took the matter to court. Eight long months of an election petition, far from destroying our democracy, rather reinforced our commitment to it—and affirmed the strength of our institutions, particularly the judiciary.

It is only in governments where the people are powerless, and at the mercy of those who hold office, that peace—or at least what passes as peace—can exist without justice.

Some people have asked me what I hope to gain by challenging the results of this election.

Let me tell you: I want, perhaps, the very same thing that my opponent wanted when in 2012 he challenged the results of that election; I want the removal of doubt. I want for all of us to know that our elections should be free, fair, and safe—and that we do not have to settle for a process that leaves us confused, and with more questions than answers.

I want a Ghana where institutions of state can be held to account. Where we can stand on principle and demand transparency without the risk of losing our lives.

When people lose their lives—as seven people did—in the course of our elections, we are moving backwards not forward; we are unravelling the very fabric of our democracy; we are risking the loss of three decades worth of progress.

When today we see armed military and militia in our collation centres and election outcomes declared at the point of a gun, for us who have witnessed our country’s journey through all its post-independence travails, we wonder if we have truly exorcised the ghosts of our torturous past.

We must continue to be a nation in which our young citizens have faith in our institutions, trust the rule of law, and rely on the presence of peace because there is justice.

Ghana must be a country where we citizens know and believe, without any doubt whatsoever, that the way forward is determined by the will of the Ghanaian people. And that we can hold our institutions of state accountable and guarantee that they work in favour of the national interest and not in the interest of the administration or person in power.

That is what I want.

This is why earlier today, my lawyers filed a petition in the Supreme Court of Ghana challenging the declaration of the results of the December 7, 2020 Presidential Election made by Mrs. Jean Mensa, the Chairperson of the Electoral Commission.

I have been compelled to do this because of her clear failure to act in accordance with the Constitution.

I thank you for your kind attention.

May your New Year be one of good health and prosperity.

May God bless each of you, and may God continue to bless our homeland, Ghana.