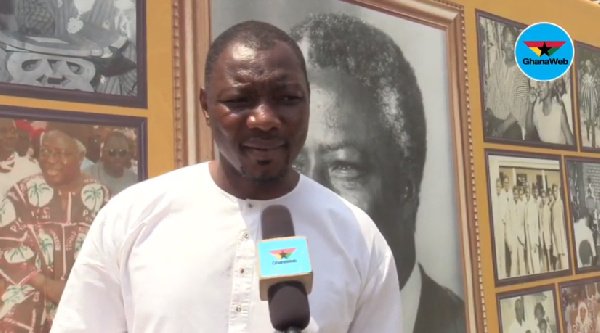 General Secretary of the People’s National Convention (PNC), Atik Mohammed has asked The Ghana Police Service to immediately invite the party’s National Chairman, Bernard Mornah, over his seditious comments against the Electoral Commission.

Bernard Mornah, who is also a leader of the Inter-Party Resistance Against New Voter Register [IPRAN], reportedly threatened mayhem should the Electoral Commission (EC) proceed with its registration exercise to compile a new voters’ register.

He is said to have beaten ”war drums” saying the group will violently disrupt the process and won’t hesitate to ”kill” during the exercise.

Speaking on Peace FM’s ‘Kokrokoo’, the PNC General Secretary described the statements by the party’s National Chairman as ”treasonable” and therefore called on the Police to swiftly swoop him up for interrogation.

Check This Out: JUST IN: Okudzeto Ablakwa concludes direct cash transfers to 659 Teaching and Non-Teaching Staff in his Constituency

He emphasized the mandate of the Police is not just ”to deal with criminals but to ensure that crimes are not even committed in the first place. So, if somebody is threatening mayhem in this country, the person’s insurance cannot be the fact that he is Chairman of a particular political party”.

Atik Mohammed stressed that Bernard Mornah is not above the laws of the country and so should not be left off the hook.

“Merely being the Chairman of a political party such as the PNC doesn’t mean you can say any gibberish. It doesn’t give you the licence to just say all kinds of things and I am on this occasion inviting the Police that they should invite Bernard Mornah…If you threaten mayhem if you threaten violence, the threat of violence and the visitation of violence on whoever are offences under the Criminal Offences Act. So, you cannot threaten mayhem against a State agency doing their work within the limits of the law,” he told host Kwami Sefa Kayi.