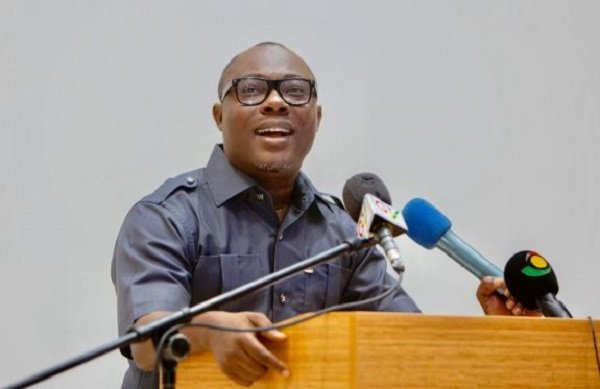 Renowned Political Science lecturer at the University of Ghana, Professor Ransford Gyampo, has said the defeat of 40 incumbent Members of Parliament after the just-ended New Patriotic Party (NPP) primaries is a good omen in terms of representation in parliament as it serves as a warning that the foremost function of a parliamentarian, is representation.

According to him, the defeat of incumbent MPs would have been more if some of them had not been protected by the party to go unopposed.

Speaking in an interview with GhanaWeb, Professor Ransford Gyampo in regards to the 40 MPs losing their seat, he said first act of a legislature should be in the interest of the people who voted for them to be their voice in Parliament.

He explained, “The idea of parliamentary representation simply connotes going to parliament to act in a manner responsive to the interest of constituents. Parliamentarians are therefore to act first in the interest of those who sent them there and also consult constituents in their decision-making on matters that directly bother the constituency.”

He also urged parliamentarians to by all means ensure they are heard on the floor of parliament by contributing and shaping debates.

These practices, he believes, will boost the confidence of constituents and the general citizenry in a parliamentarian.

The NPP lost about 40 incumbent MPs in last Saturday’s primaries to choose parliamentary candidates for the 2020 December General Election.

Some of the casualties had served only one term in office while others top ranking legislators of the governing party have been kicked out.

Some of them include the Chairman of Parliament’s Finance Committee, Dr Mark Assibey-Yeboah who lost his seat to a new entrant, Michael Okyere Baafi.

Mr Assibey-Yeboah has been a staunch defender of government’s economic policies in the media and on the floor of Parliament.

Mr Kwabena Owusu Aduomi, MP for Ejisu and Deputy Minister of Roads and Highways, as well as Mr Joseph Kofi Adda, MP for Navrongo Central and Minister of Aviation, all lost the bidding to represent their people in the next Parliament.