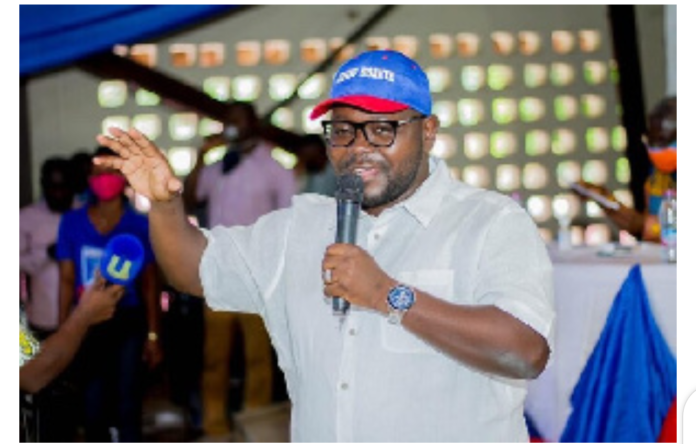 According to him, many of the 2020 campaign promises by Mr Mahama are merely a smokescreen to win votes on December 7, 2020.

“The record of John Mahama and his NDC in government points to the fact that they cannot be trusted to fulfil their numerous campaign promises, and this must form the basis for their rejection in December,” state-owned Daily Graphic quoted Mr Asenso-Boakye in a report.

Mr Asenso-Boakye, also a Deputy Chief of Staff, made the comments when he addressed campaign volunteer groups for the NPP in the Bantama constituency on Monday, September 14, 2020.

According to a Daily Graphic report, Mr Asenso Boakye stated that “Prior to the 2008 election, one of the flagship promises of the NDC was to institute a one-time premium for the National Health Insurance Scheme (NHIS). But we can all attest to the fact that throughout their eight years in office, they failed to deliver on that promise. So, they have a history of unfulfilled promises. That makes it difficult to trust them.”

“For a political party that questioned the possibility and viability of Free SHS, isn’t it mind-boggling that they are now promising to extend the policy to include private Senior High Schools?”, Mr Asenso is quoted in the report.

According to the report, Mr Asenso-Boakye also touted the NPP government’s achievement when he stated that unlike the NDC, the NPP has fulfilled all of its campaign promises.

“We have delivered on the Free SHS pledge, even though John Mahama and the NDC did not believe in it. We have fulfilled One District One Factory pledge, Planting for Food and Jobs, among others,” the report quoted Mr Asenso-Boakye further.