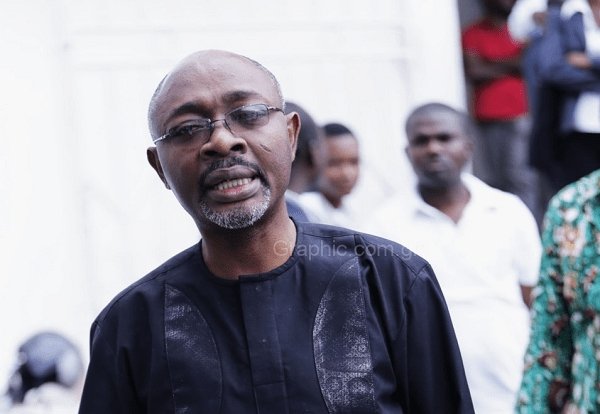 The Minister for National Security, Mr Albert Kan Dapaah, has suggested that assets of private businessman Alfred Agbesi Woyome, which were to be auctioned by the state to defray some money he owes the state should be surrendered to the state to “obviate the need for an auction.”

This follows the inability of the auctioneer to sell Mr Woyome’s assets due to fears by potential buyers that the properties will be restored to Mr Woyome by future governments.

The Supreme Court, in 2019, ordered the sale of properties discovered by the state to belong to the embattled businessman to defray a GHS51.2 million judgement debt paid him which the country’s apex court has ruled must be refunded.

Check This Out: Black Inventor Creates a Smokeless Stove That Cooks Food and Charges Phones

According to the court, a claim by the now-defunct UT Bank that Mr Woyome used two of his houses at Trassaco as collateral for a loan could not be proven.

The court also ruled that Mr Woyome’s quarry was not used as collateral as he and the bank had claimed.

Apart from the two houses at Trassacco, Mr Woyome’s property at Kpehe as well as a stone quarry he owns were to be sold.

They all have a total worth of GHS20 million, according to Deputy Attorney General Godfred Yeboah Dame.

Check This Out: Election 2020: Don’t do what you want, consult parties – Agyinasare to EC

However, in a letter signed by Mr Kan Dapaah addressed to the Office of the Attorney General and Ministry of Justice with reference to the order by the Supreme Court, the Minister stated that: “The auctioneer tasked with auctioning the properties has indicated his inability to successfully execute the task because potential buyers are afraid, amongst other reasons, that the properties may be restored to Mr Woyome by the state in the future.

It continued that due to this, “it has been decided that the properties be surrendered to the state to obviate the need for an auction” and called on the AG to “take the necessary steps to have the above decision affected.”