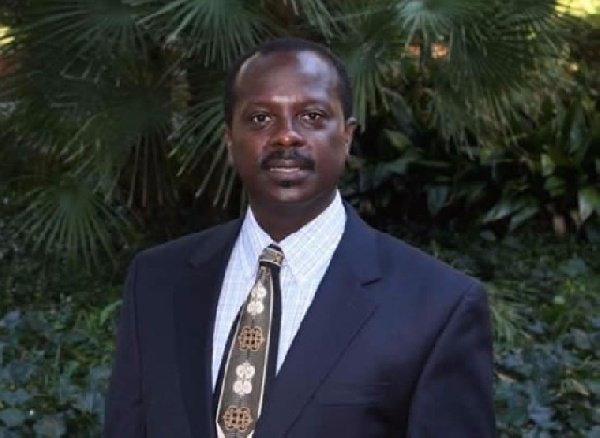 Neither K.T. Hammond nor the Ghana army can determine who a Ghanaian citizen is, law professor Kwaku Asare has said, describing as “frightening and deeply disturbing”, the Adansi Asokwa lawmaker’s comment that the military has influx the Ketu South municipality so as to stop Togolese nationals there from taking part in the forthcoming voter registration exercise of Ghana’s Electoral Commission.

Locals in the region, as well as the biggest opposition party, the National Democratic Congress (NDC) and its Minority Volta Caucus in Parliament, have condemned the military influx.

Check This Out:  (VIDEO) Military Intimidation: We shall fire no guns nor throw no stones but shall live to read your Obituaries – Volta Chiefs warn

Speaking to the media on the issue, Mr Hammond explained that: “The Togolese and the Voltarians – when I talk about Voltarians, the Volta Region – remember the history … basically the same tribe, so, they walk into [Ghana] but they are not Ghanaians”.

“When they walk in there, they can do whatever they [want], so, I guess that is the reason for that [military influx]”.

“There is a classic example”, he recalled. “You remember 2008, the second round; we had so much – 100,000 or so votes leading Prof Mills at the time of the second round. In the next round, one constituency, Ketu South, cleared all the [votes] we had. Where did they come from?” he asked.

“You see, so, everybody from wherever they came to vote, so, this is what the whole thing is about; 35,000 people at the time voted; the next one, everybody on earth voted there; where were they coming from?

“So, this is the whole issue: we want there to be sanity”, he added, noting: “The military is there to make sure that you vote if you are a Ghanaian, you vote if you have the constitutional right to vote; that’s all there is to it”, he said.

Check This Out:  How Kelvin Taylor warned Voltarians about a Possible Release of Thugs by Gov’t to disrupt activities in the Region

“They [military personnel] are not electoral officers, but they are a peacekeeping force … So, the soldiers, the police and immigration are just maintaining the peace, making sure there’s no infiltration. I mean, come on, let’s be serious; what’s the point in going through all that we’ve gone through, to the Supreme Court and all that then allow a porous border for people to come through and then infiltrate the register again? We would have been back to where we started”.

The EC voter registration exercise starts from the end of June.

The resultant register will replace the existing one.

Ghana’s Supreme Court recently decided that the Ghana card and passport will be the only two breeder documents used in compiling the register.

“We are being told by K. T. Hammond that “the military is at the Aflao border to make sure you vote if you are a Ghanaian and if you have the constitutional right to vote. That’s all there is. They are not electoral officers but they are peacekeeping forces. They are keeping the peace.”

Citizenship is a question of law. Neither K.T. Hammond, the military nor anyone can decide who is or who is not a citizen of Ghana.

I have cited the case of Bonito Olympio whose father was Sylvanus Olympio, a former President of Togo.

The NLC attempted to deport him to Togo only for the then Justice Wiredu to hold that both Bonito and Sylvanus are Ghanaians by descent.

I find his statement and attitude frightening and deeply disturbing. I reject it in its entirety.

I also call on the military brass not to allow its men and women to be used as citizenship inspectors!!

We are a peaceful nation because we live in peace. We must keep it that way.