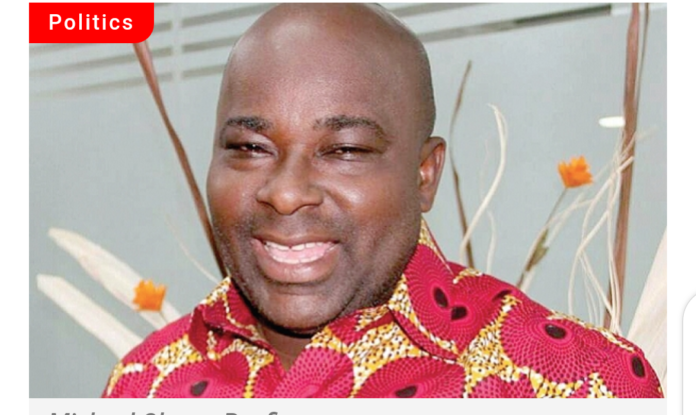 0
Read Time:1 Minute, 6 Second
The CEO of the Ghana Free Zones Board, Mr Michael Okyere Baafi, has beaten the incumbent Member of Parliament for the New Juaben South constituency of the Eastern Region, Dr Mark Assibey-Yeboah in Saturday’s primaries to become the parliamentary candidate of the governing New Patriotic Party ahead of the 2020 polls.Mr Okyere Baafi recently said he had good plans for the constituency, especially the regional capital, Koforidua.

He noted on the Dwabrem Mu Show on CTV on Thursday, 23 April 2020 that at the moment, the constituency, especially, Koforidua, has a lot of challenges which have remained unsolved hence, if he becomes the parliamentary candidate and eventually wins the polls in December 2020, he will lobby the government to bring development to the area.

Mr Okyere Baafi further noted that although the government is trying hard to provide jobs for all unemployed youth, there are still jobless people in the system.

He said he will ensure that these people are employed.

“I will change the face of Koforidua politics,” he said.

He added: “There are some challenges in the constituency. Koforidua, for example, has some bad roads that I will ensure are fixed when voted for”.

“The youth, who are unemployed, as well as our party executives in the constituency, will not be abounded.”