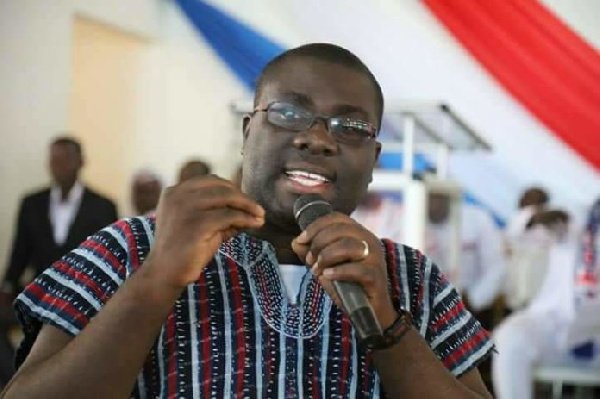 The New Patriotic Party‘s National Organiser, Sammi Awuku has refuted claims by the NDC that the Electoral Commission (EC) and the National Identification Authority (NIA) are in league to rig the elections in favour of the ruling government.

To him, it will be near impossible, even a “miracle” for such an action to succeed.

“We have never relied on the Electoral Commission since 1992…in today’s Ghana, it will be a miracle and an accident in history for the chairperson of the EC and her commissioners to rig the elections for a political party; it will be difficult,” he said while contributing to a panel discussion on Peace FM morning show ‘Kokrokoo’, Friday.

The NDC, at two press conferences this week, said activities being undertaken by the NIA and the EC ahead of the 2020 polls were all geared towards rigging the elections.

The opposition party had earlier posited that the use of the National Identification card and passport as evidence of identification during registration despite the limited number of Ghanaians who have these requirements, was unfortunate.

National Chairman of the NDC, Mr Samuel Ofosu Ampofo and NDC’s Director of Elections, Mr. Elvis Afriyie Ankrah, at two separate media briefings on Tuesday and Thursday respectively, said the EC Chairperson and Executive Director of National Identification Authority (NIA) intended to rig the elections by denying about 11 million Ghanaians – the majority of them from the stronghold of the NDC – the Ghana Card which would enable them to take part in the EC’s planned compilation of new voters register.

They contend that the decision by the EC to use the Ghana Card and passport as the only required documents to get registered as voters was a calculated plan as part of the rigging process as many people would be disenfranchised.

“As we predicted, the Ghana card registration process by the NIA has been very slow such that till date, the process which commenced with a pilot in late 2017 and was supposed to be completed in one year, has been able to register only 11,062,055 out of about 19 million Ghanaians (15 years and above) who are eligible to be registered.

Even more bizarre is the fact that out of this 11 million Ghanaians who have been registered, only 7,074,048 have been issued with cards (per NIA’s own website https:nia.gov.gh) as at 2nd May 2020),” Samuel Ofosu Ampofo explained.

He pointed out that under no circumstances would the ruling party even consider the idea.

“NDC shouldn’t think the EC can rig the election . . . the NPP reject the NDC’s accusation that we are inactive connivance with the Electoral Commission and the NIA,” he said.

NDC Did Not Collate Results

Sammi Awuku urged the opposition party to rather focus on how to be vigilant at the polling stations instead of making unfounded allegations.

This is because the NDC failed to be vigilant in 2016 and that led to their defeat.

“NDC, I can confidently tell you; they couldn’t collate their results in 2016… they didn’t even know where they lost and where they won,” Mr Awuku said, adding “you can’t blame the EC for your inability to open your eyes”.