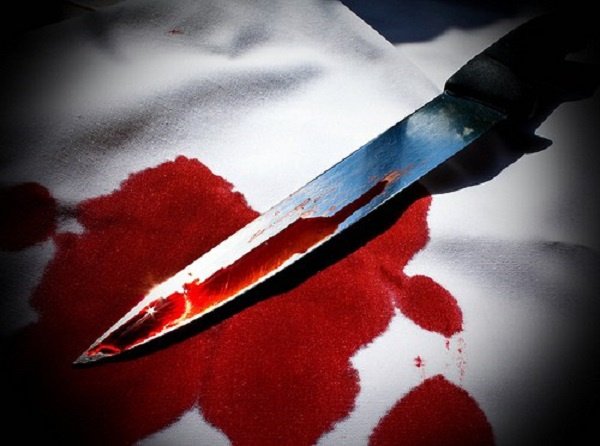 Simon Kwabena, a 42-year-old farmer who allegedly butchered his eight-month-old pregnant wife to death has been arrested by the police.

The incident happened at Kankyekura, a farming community in the Nkwanta South Municipality of the Oti region.

The suspect, who tried to commit suicide after the act was also found lying in a pool of blood under a tree in a bush, with multiple wounds on his abdomen and his intestines gushing out.

Mr Daniel Kunyowu, former Assemblyman of the electoral area told the Ghana News Agency (GNA) that the community members found the suspect lying in the bush and rushed him to the St. Joseph Hospital after making a report to the police.

Check This Out: JUST IN: May validation begins;Newly Trained Teachers paid salary arrears

The former Assemblyman said the suspect was later referred to the Kpando Hospital for treatment due to the severity of his condition.

He said on May 20, 2020, about 1700 hours, he had a call from the community that a pregnant woman butchered by her husband was found in a pool of blood.
Mr Kunyowu said the pregnant woman was also rushed to St. Joseph Hospital but was pronounced dead on arrival.

He said it was later found out that the pregnant woman was butchered by Simon Kwabena, who after the act tried to commit suicide.