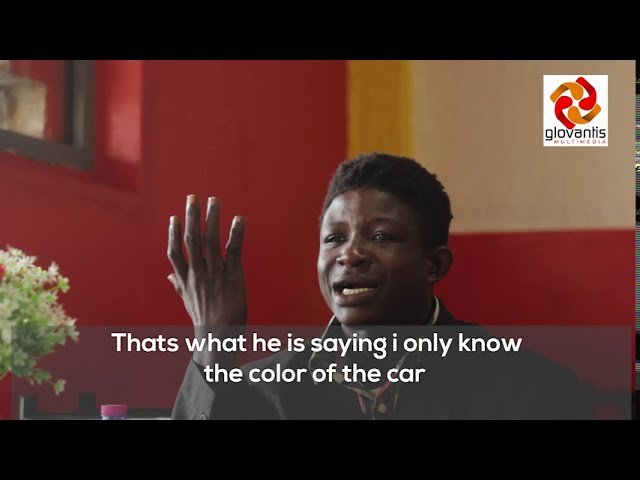 Young actor who gained popularity for his great acting prowess in the Beast of No Nation movie, Strika in an interview with Abraham Offei of Glovantis Multimedia has revealed that he started smoking at a very tender age.

According to him, he began taking interest in smoking ‘wee’ before he turned 14 years of age, “for me I began smoking at a very young age, like before 14.”

After being discovered for the Beast of No Nation Movie, he got admission into a Montessori school in the Central Region, Cape Coast, having in mind that the new environment will help him get better but his addiction to smoking ‘wee’ grew even more.

“I did not stop when I got the admission to school there, I couldn’t, I was still doing it, in fact every student in the school knew that I was doing it and unfortunately my cover blew one day.”

Check Thls Out: The fight over Kwame Nkrumah’s dead body

Narrating how his cover was blown, Strika real name Emmanuel Nii Adokwei said, “one of the students I smoked with mistakenly placed a piece of the substance at a wrong place and our alarm was blown. I am using the word our because I was not the only person, there were students from other countries who were also into that act.”

When asked if he was punished for engaging in something like that, he told the host, “to an extent yes and I was taken through counselling, I was spoken to and given a reason to know why it was not good for me.”

Strika however revealed that though he was into smoking he managed to hide it from the crew and scouts when he was given the role to play in the movie.

“…another truth is that, before I was discovered, no one knew that I was into that, including my scouts, I hid it from them till I was caught.”

Beasts of No Nation was released in 2015, it is an American-Ghanaian war drama film centred on an orphaned who is forced into a guerrilla group with a vision in modern warfare.