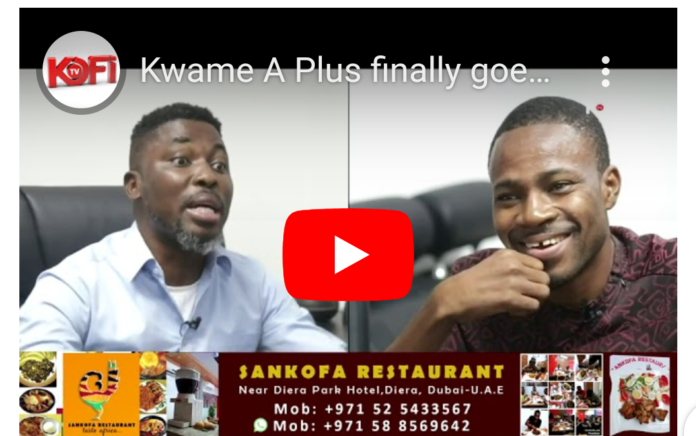 Social commentator and musician, Kwame Asare Obeng has noted that he sympathises with actress Tracey Boakye following several outbursts by the latter after she came in the news for some wrong reasons.

Citing his experiences as well as that of actress Afia Schwarzenegger in the face of public pressure after scandals, the musician, known in showbiz as A Plus intimated that he wished Tracey would get some counsel.

“Tracey is someone who I think has done very well for herself…She’s blocked me but I still like her a lot. I feel there’s too much pressure on her from everywhere.

“I’ve experienced what she’s going through right now before. There are some situations that when you get into, it requires great self-control and discipline to not succumb to retaliatory tactics.

“There’s a lot of pressure from the public towards Tracey Boakye…. I know how Tracey feels. I don’t wish that to befall anybody.

“Because of her level in society, it is also difficult for her to be counselled.” A Plus intimated

“People don’t understand why I like Afia Schwarzenegger so much… When she takes certain actions because she’s angry and does some things, I understand her…” he added.

He further admonished Tracey Boakye to reduce her live videos and desist from responding to every comment which is made about her.

“…if only she will listen to me, I’ll advice her to reduce her number of live videos. She should not make up her mind to consistently respond to everything…” A Plus told Kofi Adomah.

The outspoken musician was responding to calls by journalist Kofi Adomah to apologise to Tracey Boakye after he shared bedroom endeavours he had with the actress to Kennedy Agyapong.

Evading several attempts to get him to apologise for ‘embarrassing’ the actress, A Plus maintained that there was nothing wrong with disclosing the details to the MP for Assin Central.

He noted that “it is normal for friends to talk about their sexual relationships.”

To listen to A Plus’ submissions about Tracey Boakye, listen from 28:00.