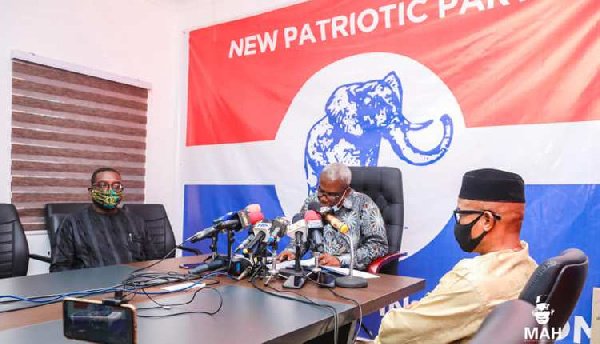 The campaign manager for the ruling New Patriotic Party (NPP) Mr. Peter Mac Manu has slammed former President John Dramani Mahama and the National Democratic Congress (NDC) saying it is no fault of theirs that they have chosen the candidate who presented to Ghanaians the worst economic performance.

Mr. Mac Manu in an address at a press briefing stated it is also no fault of the NPP or any Ghanaian that the party was handed their massive defeat in 2016.

He said: ”It is that record of a rigged leadership under John Dramani Mahama that the NDC must be afraid of bringing back to face the Ghanaian people for their votes and not any fake conspiracy to rig the elections against them.

He was reacting to allegations by NDC that the government was conniving with the EC to rig the 2020 polls in their favour.

The focus of the NPP he noted is to justify the confidence that the Ghanaian people reposed in us by fixing the economy that the NDC rigged and with Akufo-Addo giving the people the caring and decisive leadership which John Mahama is not capable of delivering.