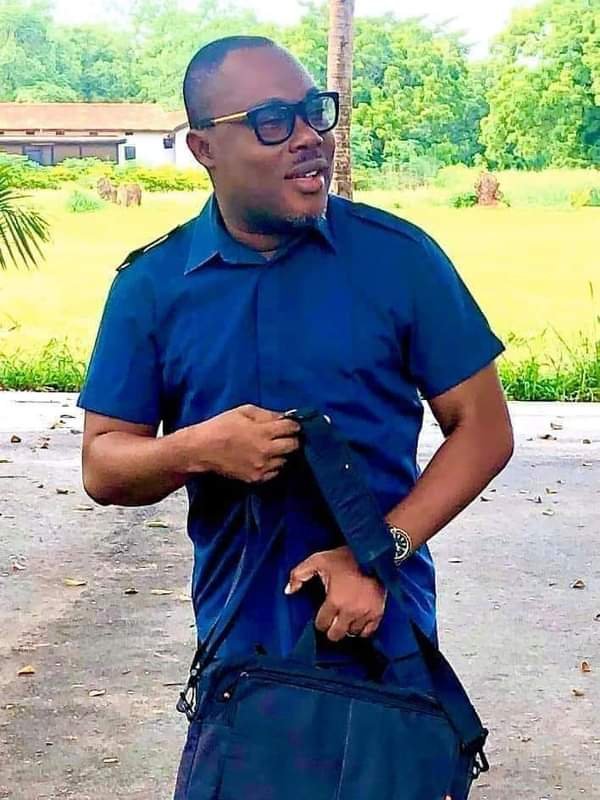 An Associate Professor at the University of Ghana political science department, Prof Ransford Gyampo has said that the New Patriotic Party b(NPP) does not lack knowledge in only arithmetic and mathematics , but also in law.

Prof Ransford Gyampo indicated that the supreme court do not decide winners of an election as being envisaged by many.

He added that it was the duty of the electoral commission.

This is ridiculous! Supreme Courts don’t decide winners in elections. That is what Electoral Commissions are set up for. If Ghana can’t get its EC to act properly, then they better take action and amend the situation rather than insist that a disputed election be taken to the SC.

Ghanaians, educated Ghanaians, and the Ghanaian educated legal professionals on whose education Ghana has spent a lot of money should get it into their skulls once and for all, that Supreme Courts don’t handle evidence trials ooo tohn.

The last time Ghana did it, Ghana was the laughing stock of the whole world’s legal fraternity.

They were ridiculing our Supreme Court judges holding up pink sheets and examining them. They knew they didn’t have to do it that way. But where there was money to be made, the right procedure suffered.

The whole ridiculous idea came from the NPP, the favourite party of Ghanaians who think they are elite, enlightened, and educated. But they actually know nothing.

The history of this ridiculous act in Ghana started with former President Kufuor, who for some reason, felt he had to increase the 9 member Supreme Court he inherited from Rawlings to 18. It’s like, they have their judges, so we have to add ours. That “right” was an admission of bias-ness attributed to our Supreme Court.

Then came the Dec 2008 election, when the NPP, which thought it was going to be in power for 30 years, found itself losing after Kufuor’s 8 years. The presidential results between Akufo-Addo and Prof Atta Mills were close.

And the EC, under Dr. Afari Gyan was awaiting the results of the delayed election from Tain on the following Monday, to announce the results. Afraid they would lose, the NPP quickly convened a court session on a Saturday morning, possibly to declare the results for Akufo-Addo.

Then walked in two Friends Of The Court, who asked them, who convened a court to sit on a Saturday. They said it was the President, who in that case would be President Kufuor. The young Friends Of The Courts gently reminded them that, the constitution does not allow the president to convene a court to sit on a Saturday. So whatever it was that they were doing there, was null and void.

The Tain results were in on the Monday, and Akufo-Addo lost the election. And as a passing shot of the Kufuor administration, they inserted in the Constitution of the Republic of Ghana, that in the future, the Supreme Court would settle election disputes.

But it’s not only arithmetic and mathematics that NPP people don’t understand, but also law.

They confuse law as it is practiced in the West, with what pertains at our “Ahenefies”, where the heavyweight “Abrempongs” could be made to bear on a case. In western law, legal deductions are made based on mathematically adduced reasonings of game theories.

An election dispute is not a constitutional issue. It’s an issue involving tallies, fraud, stealing, and the examination and proving of evidence. In a Supreme Court, only arguments about the constitution are allowed.

Not fraud, and cheating. But the NPP’s move to insert the trail of election disputes by the Supreme Court into the constitution seem to be based on the fact that, they are the elitist party, and are always supported by the know-nothing but laud-mouthed-educated class. And, that decisions by the court, will always favour them.
.
There is also no doubt, that the Kufuor Administration’s decision to insert our Supreme Court into the electoral system must have been inspired by Bush vs Gore, that happened in the USA, in November of 2000.

In that issue, the USA Supreme Court did not have to deal with vote counting, or who should be the declared winner of that election. It just decided on the human rights issue of JW Bush, as presented by Bush’s lawyer James Baker. Who was arguably the best politician in the world at the time.

The issue at the time was, Florida was first declared for Al Gore on the night of the election. Somehow by the next morning, it had changed hands to Bush. But when Gore’s people demanded a recount of a county’s votes through the county courts and Al Gore was overtaking Bush, James Baker asked the USA Supreme Court to ask the Florida courts to stop the recounts because the second counting can never be the same as the first counting, and that would not be fair to the human rights of George Bush.

So it was a human rights issue that the USA Supreme Court tackled, but not who the winner should be. The question for Ghanaians is, if the EC can’t be fair, why should we suppose that the Supreme Court will be fair? (The only reason Akufo-Addo decided to go to court in 2012, was because of the justices with which Kufuor swelled the SC, were the ones still there. But because Dr. Afari Gyan’s EC had done such a clean job, they could not have their way.)

Those who are arguing so, are only expecting that the Supreme Court would be a rubber stamp for the EC’s corrupt act, because Akuffo Addo had put some 11 of his choicest NPP judges on the Ghanaian Supreme Court bench.