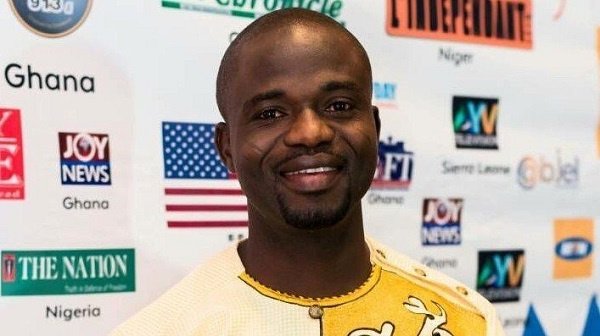 President Nana Addo Dankwa Akufo-Addo could not hide his feeling of disappointment in the Catholic Bishops’ Conference over their silence on what he considers to be an ethnocentric comment by an NDC member of parliament which was amplified by John Dramani Mahama, the flagbearer of the opposition party when they called on him at the Flagstaff house On Friday, September 4, 2020.

Not only did the furious Akufo-Addo hit out at the group of respected clergymen and other independent institutions and personalities but he also directed some verbal missiles into the camp of his opponents for dabbling in tribal politics ahead of the elections.

Check This Out: Mahama gave Ghana’s Bauxite to his brother but Akufo-Addo changed narrative – Samira Bawumia

The president in his tirade made known his expectations of the groups which is to call out members of both parties who act in ways which do not auger well for the country.

“If the President opens his mouth and says something that is unacceptable, he should be reprimanded. In the same way, opposition politicians, if they conduct themselves by their utterances in an unacceptable manner, they should be brought to book.”

But how can these groups come to the defence of the government when some members have made a habit of bastardizing the same groups? Ace journalist, Manasseh Azure is asking.

In the past few weeks, some members of government and the ruling party including Assin Central MP, Kennedy Agyapong and Elizabeth Ohene have made comments which sought to malign these institutions and Manasseh is wondering why President Akufo-Addo will seek ‘help’ from institutions whose relevance to the national discourse have been questioned by members of his government.

Check This Out: NDC’s Manifesto is the will of the People -Prof. Naana Opoku Agyemang

Manasseh in a Facebook post urged the president to carefully analyse his administration’s treatment of such institutions before demanding neutrality and fairness from them.

He argued that the NPP’s reputation of being friendly and tolerant of such institutions and persons is fast eroding under the regime of Akufo-Addo.

“When I heard you, I laughed heartily. Last week, I prophesied that you and your party would one day need the “dumb” and “noise-making” civil society organisations and independent voices to speak for you so you should stop discrediting them and calling them “all-knowing neutrals.” My prophecy was that you would need them in opposition, but you’ve shown that you need them now”.

“Weep not, Ogyam. Don’t worry so much in trying to figure out why journalists who have not sold their conscience and serious civil society groups are uncharacteristically at logger heads with the NPP”.

“It has something to do with your leadership. I’m not very old but my reading of politics in the Fourth Republic suggests that these independent voices, journalists and CSOs have a soft spot for the NPP as against the NDC, which was born from a repressive military regime”.

“I knew how the NPP was when it was led by Kufuor and I know how the NPP is under your leadership. The difference is clearer than night and day”.

Manasseh said that neutral persons and institutions have been cowed by the incessant attacks by the NPP members and are now unwilling to speak up on issues.

“In speaking up in the past, one only had to check one’s “factometre”. Today, the daredevils who speak up have to constantly check their “fearometre“.

“As to why independent CSOs and institutions are silent on injustice against you as your party, I have this simple reason for you”.

Check This Out: Greed, love for money reason why smaller parties have not merged – Advocate

“Our elders say, it’s only a fool to whom a proverb is explained. Those old sages have also taught us that the wise are spoken to in proverbs”.