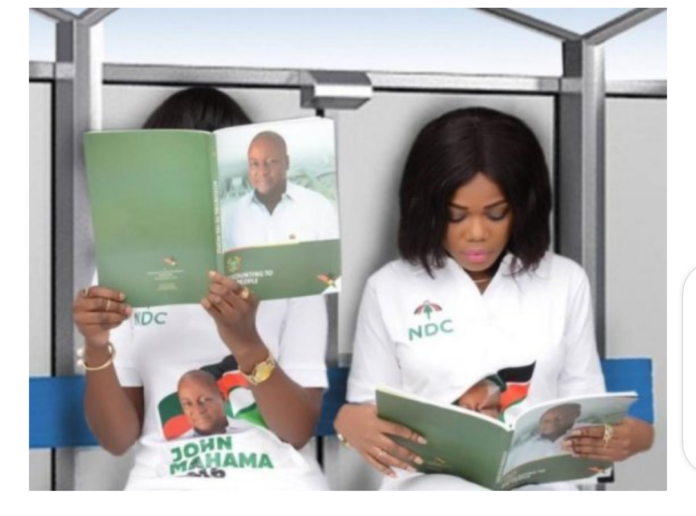 Deputy Information Minister Pius Enam Hadzide says the Mahama administration’s much bragged about projects partly exist but are not unprecedented.

According to him, there is nothing special about the projects as the former president only added to the projects and did not start some of them.

He told Samson Lardy Anyenini host of Joy News’ Newsfile show Saturday that there is nothing special about the projects which have been described by the former administration as unprecedented.

“The impression that the Green Book sought to create was to claim credit and posits that these were John Mahama projects. In fact, if you listen to Mr Mahama, he said that his achievements were captured in the Green Book but if you listen to the 2007 Budget, these projects are listed there and so they could to have been projects of the NDC. That is misleading,” he said.

According to the former Deputy Sports Minister, at best the projects are artistic impressions.

“The projects in the Green Book partly exist and partly paint a misleading picture…in fact so of us long ago host the view that it is a fraud…some of the Green Book pictures were artistic impressions,” he said.

According to him, the NDC is now boasting of the artistic impression of projects which were completed by Akufo-Addo administration.

President Akufo-Addo during the commissioning of the Tema Motorway Interchange called out the previous administration for saying it embarked on unprecedented infrastructure projects during its tenure.

Describing the claims as fictional and fantasies which only exists in the Book, he said it was based on those ‘falsehoods’ that “we made a pledge to the Ghanaian people to expand and improve the road network while closing the missing links in the network.

“We had to make this pledge because we know that the so-called unprecedented infrastructure development of the Mahama administration was fantasy; existing in the Green Book and not on the ground,” he added.

But the NDC will have none of that.

On his part, former Deputy Communications Minister, Felix Kwakye Ofosu, said the NDC has the best infrastructural record in the country’s development.

He said there is no single project in the Green Book is a fantasy and falsehood.

Mr Kwakye Ofosu said even the artistic impressions were indicated so there is nothing to suggest what was there was fictional.

“With the Kumasi Kejetia market, for instance, we had the miniature before work began on it. We were also working on the Terminal 3 at Kotoka International Airport plus others, some of which were later completed by the Akufo-Addo administration. So the NPP cannot say those projects were fictional,” he said.