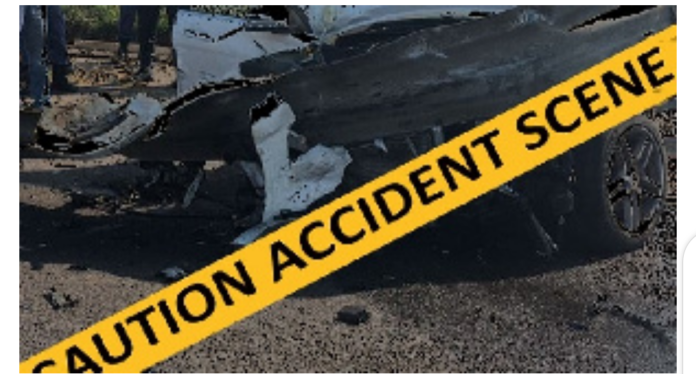 Two persons have been confirmed dead while five (5) others seriously injured in a fatal accident on Adeiso to Asamankese highway in the Eastern Region.

The deceased persons have been identified as Kofi Oduro and Yaw Aduamoah, 55 and 62-years-old respectively.

Starr News has gathered that, the suspect driver Kwani Richard, 30, was driving Toyota Fortuner 4×4 with registration number GE 2097-19 from Accra heading towards Akim Oda with seven persons on board.

However, on reaching a section of the road at Mepom on the Adieso – Asamankese stretch of the highway, the driver lost control of the steering wheel of the speeding vehicle causing it somersault and crashed on its roof in the middle of the road.

All the persons onboard sustained serious injuries and they were extricated and rushed to the Asamankese Government Hospital for treatment.

However, the two – Kofi Oduro and Yaw Aduamoah were pronounced dead shortly on arrival at the Hospital.

The Acting Public Relations Officer of the Eastern Regional Police Command, Sargeant Francis Gomado told Starr News police is investigating the accident adding that the accident Vehicle has been towed to the Police station for testing to help establish the exact cause of the crash.

14 dead, over 50 others injured in gory accident at Kyekyewere