Home Geneal News We understand your ‘ignorance’, we forgive you – Akufo-Addo replies Domelevo 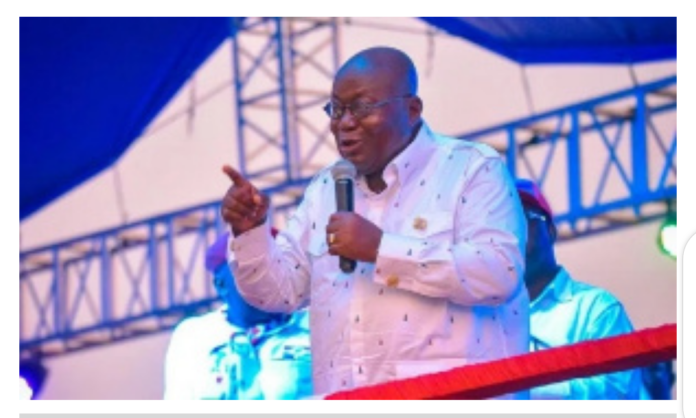 The office of the President, Nana Addo Dankwa Akufo-Addo, has responded to Auditor-General, Daniel Yaw Domelevo, following his public chronicle to the same on matters relating to his mandatory leave directive.

Mr. Domelevo, in a statement dated 03, July 2020 and addressed to the Presidency said, tenets of the country’s law flaw the President’s directive to him, to take a mandatory 132-day leave.

He suggested that the directive was made out of bad faith and was resultant of his work which was ‘embarrassing government’.

A rejoinder from the presidency however seeks to deny same, attributing Mr. Domelevo’s response to ignorance of the laws related to the subject.

“The President has at all times acted based on sound legal principles, the rule of law and good governance practices and the good people of Ghana cannot be misled by your lack of understanding of the position of the law, for which you may be forgiven since you are not a lawyer.”

In a statement signed by Nana Bediatuo Asante, Secretary to the President, and dated 3rd July, 2020, also citing the Labout Act 2003, Section 31 specifically, they noted that Mr. Domelevo could not forgo his annual leave and any agreement to relinquish his entitlement to annual leave or ‘to forgo the leave is void’.

They further noted, that per the holdings country’s courts, and the interpretation of the said Act, the ‘annual leave is mandatory and that one of the purposes of Section 31 is to prevent the worker from converting his accumulated annual leave to cash to the detriment of his health and wellbeing.’

“Thus, your assertion that you may waive your entitlement to annual leave is unlawful and misconceived,” parts of the statement read.

The statement described components of the A-G’s letter as ‘unfortunate’, considering his position, whilst establishing the reasoning behind the President’s directive.

They maintained that “the directive of the President stands” with an amendment to 167 instead of the initial 123 days since he added 2020 as part of the leave, in his response to the President.