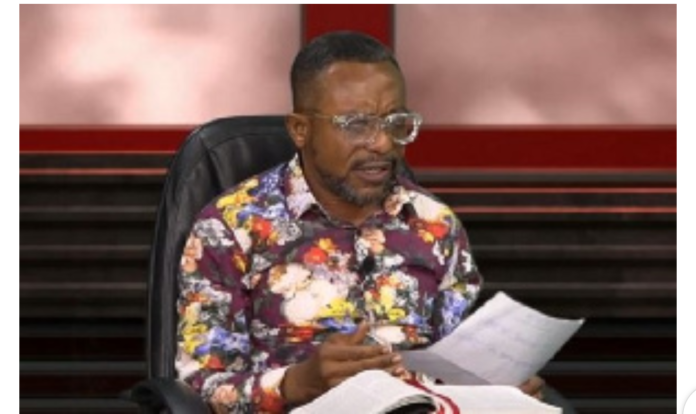 On August 12, 2020, Isaac Owusu Bempah, the Leader of the Glorious Word Power Ministries International made a bold prediction about the upcoming elections in the United States of America.

In the thick of Kamala Harris’ appointment as the Running Mate for Democrats candidate, Joe Biden when experts were predicting that her appointment was going to swing votes in favour of Joe Biden, Owusu Bempah dropped a huge prediction.

He prophesied that incumbent President Donald Trump was going to win the elections despite the polls saying otherwise.

According to Bempah, Trump’s victory hinged on one thing and that if he does not give federal approval to homosexuality in the US, he was going to win by a landslide.

Bempah said that Trump was God’s anointed and he was going to be used as a tool to save the world from the antichrist.

“Pastors and people around him should make sure he doesn’t get a change of heart because at some point he nearly gave in to pressure to accept gayism. If he continues walking in the path of God, the elections will be his. Trump is supposed to spend eight years on the throne. God gave Trump to America and the world. I have made up my mind to speak to Archbishop Duncan-Williams to advise Trump not to divert his heart”, he said.

But the tables have turned this morning with Trump being on the losing side.

Bempah said on Okay FM this morning that Biden has overtaken Trump and is destined to win the elections.

In a vision Owusu Bempah experienced this morning, an angel appeared to Trump and took away the keys to the American presidency.

“Things have changed spiritually. There is a place in the spiritual world called Paradise where Abraham is president. Abraham and his people in that Paradise decide for the world”.

“Something has happened in the US elections and Abraham and his people have held a meeting. The outcome of that meeting did not go in Trump’s favour. It’s because Trump’s heart has turned away from God. So Abraham and his people have sent the decision from that meeting to the Watchers(Watchers are unique angels who are sent to carry out duties on earth). The Watchers have sent the decision to the Almighty God. A final meeting is being held over the decision as I speak to you”

“I saw myself at the White House and Trump was sitting on a throne with a big key. The heavens opened and I saw an object descending onto the earth. The object took the key from Trump and Trump went down on his knees begging. It means Trump’s kingship has left him. I have called Archbishop to inform Paula White and the people close to Trump that the thing has left his hands. If he doesn’t change his heart, he will lose. The defeat has come but confirmation will come from the almighty God”, he narrated.