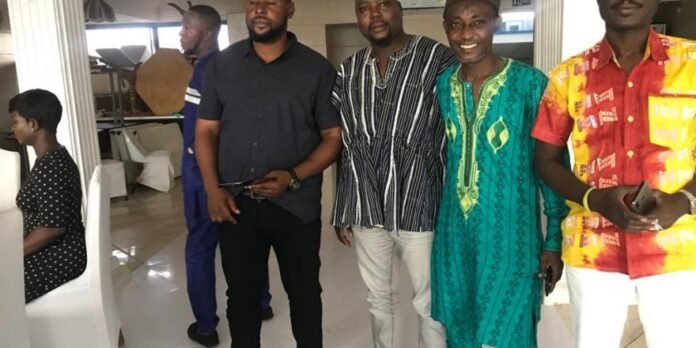 The Greater Accra regional executives of the People’s National Convention (PNC), led by its Chairman, Bala Maikankan, have smoked a peace pipe with Flagbearer Hopeful, Samson Asaki Awingobit, after months of some misunderstandings.

The peace smoking meeting which was held in Accra and engineered by Mr Samson Asaki, as part of his bid to unify the Party’s front at the regional level, also had in attendance some executives of the Ashaiman constituency where the Flagbearer Hopeful is a card bearing member.

It would be recalled that the Greater Accra Regional office of the PNC, last month issued a statement to disassociate themselves from the candidacy of Mr Asaki, following some statement he made during a campaign tour to the Upper West Region, which the executives deemed it insulting to their persona and that of the party.

Saturday’s meeting between the two parties was aimed at ironing out all differences and presenting a united front ahead of the Party’s regional and national Congress which comes off later this month.

Regional Chairman, Bala Maikankan admonished Mr Asaki to ensure his words are guarded by the tenets and virtues upon which the PNC built upon.

Samson Asaki Awingobit, who accepted his offence despite acknowledging his statement was taken out of context, also promised to abide by the virtues and vision of the PNC, moving forward.

He also called on the regional executives to support his candidature to win the ultimate prize and restore the Party’s lost glory.