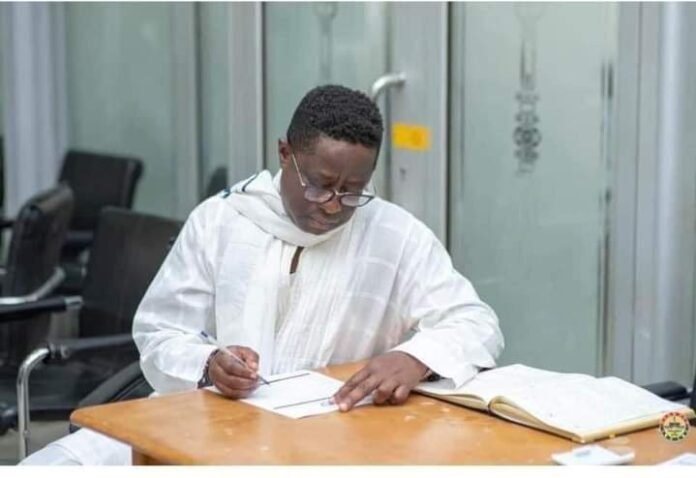 The Supreme Court has set Tuesday, January 5, 2021, to rule on the case where the state is challenging an injunction placed on the gazetting and swearing-in of Member of Parliament-elect for the Hohoe constituency, John Peter Amewu.

The State through a Deputy Attorney General, Godfred Dame, filed a motion at the Supreme Court to fight the injunction placed on Amewu by the Ho High Court.
The injunction was granted after some residents of Santrokofi, Akpafu, Likpe, and Lolobi (SALL) argued that the Electoral Commission’s failure to allow them to vote in the just-ended parliamentary elections amounted to a breach of their rights.

They said, the creation of the Oti Region, coupled with a recent Supreme Court decision and failure of the EC to create a constituency for them, meant they did not vote for a parliamentary candidate in the just-ended election.

It is the case of the state that John Peter Amewu’s victory in the Hohoe parliamentary election was gazetted a day before the residents of SALL went to the High Court to place an injunction on the process.

The Deputy Attorney General, Godfred Dame further argued that the High Court in exercising its human rights oversight had no jurisdiction to grant the injunction as the SALL residents did not go through the proper procedure.

He further added that the residents of SALL do not belong to the Volta Region where the Hohoe constituency is found therefore cannot challenge the election of the Member of Parliament.

On the other hand, lawyers of the residents of SALL argued that the action by the Electoral Commission to deny their clients from voting in the parliamentary election in Hohoe is a breach of the fundamental human rights, administrative justice and the right to equality before the law.

The lead lawyer, Tsatsu Tsikata also challenged the constitutionality of the C.I. 128 arguing that it was not published on the right date as required by the Constitution.

The Ho High Court on December 23, 2020, presided over by Justice George Buadi granted an interim injunction restraining the Electoral Commission from gazetting Mr. Amewu as the MP for Hohoe.

This followed an ex parte application filed by residents of the Guan District who were not given the opportunity to vote in parliamentary elections.

Eligible voters within areas in the newly created district; namely Santrokofi, Akpafu, Likpe, and Lolobi, were only allowed to take part in the presidential election on December 7, 2020, but could not vote in the parliamentary election because a constituency had not been created for them.

The applicants demanded the enforcement of their fundamental human right to vote.